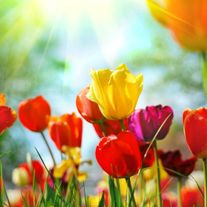 Barre – Alfreda T. (Sarapas) Kelley, 92, of Barre, formerly of Worcester and Paxton, died on May 31, 2022. Her husband of 56 years, Robert F. Kelley, Professor Emeritus at Worcester State University, died in 2005. She leaves a son, Sean P. Kelley and his wife, Barbara of Colorado; three daughters, Tara B. Mondino and her husband, Mitchell of East Falmouth, Erin A. Stevens and her husband, Phil of Barre, and Norma M. Werme of Worcester; ten grandchildren; two step-grandchildren and 15 great-grandchildren. Alfreda was also predeceased by two brothers, Leonard and Richard; as well as a sister, Angela Busky. Alfreda was born in Worcester, the daughter of B. Richard Sarapas and Barbara (Morkus) Sarapas. She graduated from the former Worcester Classical High School in 1947. She was a group insurance supervisor for the former State Mutual Life Assurance Co. through 1956. Alfreda was a volunteer with the Paxton Girl Scouts in the 1970s. From 1993 to 2003 she was a volunteer with the Refugee Apostolate in Worcester. She was also a regular blood donor in the 1970s and 1980s. She served as treasurer of the Grandview Tenants Association in Barre for many years. For purposes of education and research, Alfreda wished to have her body donated to medical science. Family and friends are invited to join the family for a memorial service at 3:00 pm, Wednesday, June 15, at St. Joseph’s Chapel, 29 South St, Barre, MA. Burial will be private and at the convenience of the family. Funeral arrangements are under the direction of the Miles Funeral Home, 1158 Main St., Holden, MA. To share a memory or offer an online condolence, please visit the "Tribute Wall" on this page.

The family of Alfreda T. Kelley created this Life Tributes page to make it easy to share your memories.

Send flowers to the Kelley family.