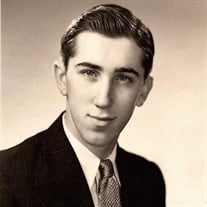 RUTLAND - Carl T. Forsman, Sr. passed away on Wednesday, April 21, 2021, at his home in Lake Havasu, Arizona with his loving daughter by his side. He was 85. Carl, also known as Ted or Teddy, was born in Holden on August 1, 1935, the son of the late H. Elmer and M. Lillian (White) Forsman. He was raised in Holden before moving to Rutland in 1961. He wintered the last 20 years in Lake Havasu, Arizona. Teddy was a graduate of Holden High School, class of 1953. He worked at Norton Co. for more than 30 years and was also a tax consultant for over 67 years. Ted and his wife Sandra raised and trained greyhounds at their "no-kill kennel" in Rutland. He was an avid outdoorsman and a member of The Fox and Coon Club and a life member of the Hubbardston R&G Club. He was a volunteer driver for the Meals on Wheels program in Barre and a former member of the Rutland Lion’s Club. Ted enjoyed attending country and western concerts throughout New England, as well as, horse and dog racing events. He loved spending time at his camp on Highland Lake in Hillsboro, NH. Ted was a true sports fan and enjoyed watching the Red Sox, Pats, Celtics and was a big fan of the UConn Women's Basketball Team. He actively played in softball, bocce, horseshoes, and volleyball leagues up into his 80’s. Over the years he coached his children in many sporting events including basketball and baseball. People often referred to Ted as “one of a kind.” Ted is survived by a daughter, Carole G. Forsman and her life partner, Ronald Worley of Lake Havasu, AZ, and Rutland; a son, Carl "Butch" T. Forsman, Jr. and his wife, Donna of Jefferson; a sister, Nancy Stevenson of Worcester, two daughters-in-law, Sharon Forsman of Maine and Denise Herbst Wagner of Kansas; 5 grandchildren; 5 great-grandchildren, nephews, nieces, cousins, and friends. Ted was predeceased by his wife Sandra (Josephson) Forsman, his former wife and the mother of his children, Lorraine McCarthy; two sons, John P. A. Forsman and Robert E. Forsman; his infant brother, Kenneth; and granddaughter, Casey. Relatives and friends are invited to visit with Ted's family from 10 to 11 am on Saturday, May 1st, at the Miles Funeral Home, 1158 Main Street, Holden, followed by a funeral service honoring his life at 11:00 am. Casual attire is requested. Burial will follow in Worcester County Memorial Park, Paxton. In lieu of flowers please make donations in Carl's name to The Worcester Animal Rescue League, 139 Holden St, Worcester, MA 01606. To share a memory or to offer a condolence please visit the "Tribute Wall" on this page.

RUTLAND - Carl T. Forsman, Sr. passed away on Wednesday, April 21, 2021, at his home in Lake Havasu, Arizona with his loving daughter by his side. He was 85. Carl, also known as Ted or Teddy, was born in Holden on August 1, 1935, the son... View Obituary & Service Information

The family of Carl T. Forsman Sr. created this Life Tributes page to make it easy to share your memories.

Send flowers to the Forsman family.