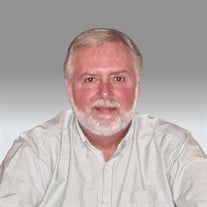 STERLING/LUDLOW – Charles “Chuck” R. Picard, age 72, passed away peacefully, surrounded by family, on Tuesday, October 12, 2021. Born in Ludlow, the son of the late Omer and Arlene (Guay) Picard. Chuck graduated from Ludlow High School, where he played football, and then attended Springfield Technical Community College where he received his associate degree in Mechanical Technology. Early in his career, he started and ran his own company, Diemac Inc. in Ludlow. He finished his career and retired from R&R Machine Industries Inc. in North Smithfield, RI. He enjoyed hunting in Vermont, skiing around New England, vacations with family and friends, Friday nights with the neighbors, and time on his front porch. He often reminisced of his ski trip to Steamboat Springs, CO. his golf trip to Biloxi, MS, and vacationing in Downeast Maine. Chuck was a former, long-time member of the “Magnificent 7” in Ludlow and would sometimes substitute for the “Slime 7”, two competitive, not so high-stakes poker teams, made up of lifelong friends. They met monthly and this tradition lasted many years, where the meals were sometimes outstanding, and other times, not so much. After moving to Sterling in 1995, Chuck became an active member at St. Richard of Chichester Parish in Sterling. He was an avid Patriots and New England sports fan. Chuck will be remembered for being proud, but never boastful, generous, kind, thoughtful, and very mechanical. He could fix almost anything and never shied away from helping someone in need. Most importantly, he loved his family. He is survived by his loving wife, Allyson C. (Coiteux) Picard; a son, Chad Picard of Port Charlotte, FL; a daughter, Taylor Picard of Sterling; a brother, Omer “Bill” Picard Jr. and his wife, Barbara of Ludlow; four grandchildren, one great-grandchild, a nephew, two nieces, two great-nephews, several cousins, other loving relatives and loyal friends, and his pal Tucker. He is predeceased by his daughter, Nicole Picard, who passed in 2018. Calling hours will be held from 9:00 am to 10:30 am on Tuesday, October 19, at the Miles-Sterling Funeral and Tribute Center, 100 Worcester Rd., Sterling, followed by an 11:00 am Mass of Christian Burial at St. Richard of Chichester Parish, 4 Bridge St., Sterling, with burial at Hillside Cemetery. In lieu of flowers, memorial donations may be made to the National MS Society, PO Box #91891, Washington, D.C, 20090 or St. Jude Children’s Research Hospital, 262 Danny Thomas Place, Memphis, TN 38105. Funeral arrangements are under the care of Miles-Sterling Funeral and Tribute Center.

The family of Charles "Chuck" R. Picard created this Life Tributes page to make it easy to share your memories.

Send flowers to the Picard family.