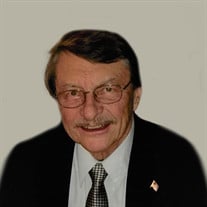 HOLDEN - Charles “Chuck” F. Miller, 76, formerly of Fitchburg, died peacefully after a long illness on Thursday, February 11, 2021 at Rose Monahan Hospice Home in Worcester. He leaves his beloved wife of 54 years, Denise C. (Regnier) Miller; his two children, Charles F. Miller III and his wife, Joyce of Lunenburg and Katherine Miller of Fitchburg; his sister, Ann Shoesmith of Swansea; three grandsons, Charles Miller IV, Scott Miller and Robert Malinowski; his brothers-in-law, William Regnier and his wife, Maureen and Eugene Regnier and his wife, Leona; and his niece and several nephews. Born in Fitchburg, he was the son of Charles F. Sr. and Frieda (Guenther) Miller and graduated from Fitchburg High School where he was a Gold F recipient. In HS he was also active in sports and sang in the Choraliers. He played drums in the marching band and performed in the 1963 Rose Bowl Parade. He graduated in the class of 1966 from Tufts University where he was a member of Theta Delta Chi fraternity and was on the baseball team. After graduating he enlisted in the Air Force and attended Officers Training School. Chuck met Denise while at Tufts University and they were married January 22, 1967. The Air Force moved them to California and Oklahoma where his son and daughter were born. Later, he was stationed in Okinawa and served in the Vietnam War as a B-52 navigator and then as an Intelligence Officer. He was honorably discharged in 1970 with the rank of Captain. After leaving the military Chuck worked for many years for Paul Revere Insurance Company. In 1974 Chuck and Denise transferred for the insurance company along with their children to Upper Arlington, Ohio where they made life-long friends. They returned to Massachusetts in 1982 to be closer with their family. Chuck continued to work for Paul Revere for several more years and then worked for National Grid for ten additional years. He was an active member and served as an usher at Saint Francis Episcopal Church while he lived in Holden. He also was a member of the John E. Harkins American Legion Post 42. Chuck loved playing and watching sports. He never missed his daughter’s gymnastics meets, his son’s track meets and also did some coaching. As a grandfather, Chuck continued to actively support his grandsons by cheering them on at all of their sporting events. He enjoyed playing in the Fitchburg 4th of July Parade, along with his brother-in-law, Glen and his father, Charles Sr. He had a lifelong love of being by the ocean and taking long walks by the seashore, both at Cape Cod and Kennebunkport, Maine. Chuck was a caring, kind and gentle man who loved God, his family, and his country. Due to Covid-19 restrictions and for everyone’s safety, funeral services are private at this time. Public funeral services for Chuck will be held at a future date to be announced. In lieu of flowers, memorial contributions may be made to St. Francis Church, 70 Highland St., Holden, MA 01520 would be appreciated. Arrangements are under the care of the Miles Funeral Home, 1158 Main Street, Holden. To share a memory or offer an online condolence, please visit "The Tribute Wall."

The family of Charles "Chuck" F. Miller created this Life Tributes page to make it easy to share your memories.

Send flowers to the Miller family.