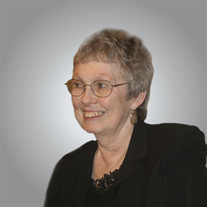 To view Cindy's funeral service, please click here: https://client.tribucast.com/tcid/12722193 HOLDEN -- Cynthia N. (Stevens) Beck, 75, passed away on Tuesday, March 2, 2021, in the peaceful surroundings of her home after a lengthy and courageous battle with cancer. Born in Worcester, Cindy was the daughter of Willard and Mae (Clemence) Stevens and lived in Auburn and later Zephyrhills, Florida where she graduated from high school. She will be lovingly remembered and missed by her husband of 55 years, Robert Beck, Jr.; four children, Christine N. Lindberg and her husband, Craig of Holden, Meredith E. Pelletier and her husband, James of Plainville, CT, William B. Beck of Holden and Robert R. Beck and his wife Lisa, of Croton on the Hudson; a sister, Joan Hume of Auburn; eight grandchildren, Lily, Emily and Todd Lindberg, Bethany and Alexander Pelletier, and Keira, Evan and William Beck; nephews and nieces. Besides her parents, Cindy is predeceased by a sister, Margaret Hume. Cindy married the love of her life, Robert Beck, September 11, 1965, at the First Baptist Church in North Oxford. They settled in Holden in 1967 and later lived in Brookfield, CT and Cincinnati, OH before returning to Holden in 1978. She began her work with the Council on Aging as a volunteer Meals on Wheels driver. In 1984 she was hired by the Town of Holden as a Home Delivered Meals Coordinator. Between 1984 and 1988 she held the positions of Coordinator of Volunteers, Clerk, and Chief Dispatcher. In 1988 she transitioned to the position of Coordinator of Transportation. In 1993 she was promoted to Coordinator of the Holden Council on Aging, leaving that position due to illness. She returned to the Senior Center to become the part-time Program Coordinator, retiring in June 2008. During her tenure as Director, Cindy faced each challenge with grace, compassion, intelligence and determination. In 2001, Cindy and Town Manager Brian Bullock, spearheaded efforts to build a state-of-the-art Senior Center, leading the Friends of the HCOA in their fundraising drive for furnishings and landscaping. She ardently believed "if you build it, they will come" and indeed participation tripled. She led her staff with gentleness, intelligence, understanding, courage and a kind sense of humor. She inspired them to "go the extra mile" and move heaven and earth to provide Holden's seniors the services and/or answers they needed and to which they were entitled. Holden's elders and her staff could not have asked for a stronger, more dedicated advocate. Cindy loved working with the elder population. Participant programming was especially important to her as she developed opportunities to keep their interest, and improve their health, knowledge and talents. She encouraged intergenerational programming, administering the Pen Pal Program with 2nd graders at a local elementary school, which still continues after 35 years. Cindy was honored twice by the Massachusetts Executive Office of Elder Affairs with their R.O.S.E. Award for programs she created. In 1998 she received the Innovative Programing R.O.S.E (Resources Organized to Serve Elders) award for creating sleeping bags donated to local homeless veterans' shelters and a local camp for underprivileged children. In 2002 she received the R.O.S.E. Award for the Clowning Outreach Program in which seniors were trained in clowning. HCOA's "clowns" spread cheer at many senior centers, nursing homes, health fairs and children's hospital units. One of Cindy's objectives was to make Holden more aware of the Senior Center. She wanted citizens to know that it was so much more than "eating lunch and playing bingo." She encouraged the public to go to the Senior Center to learn about their programs and services. She established new, creative ways to open the building to the town's people and increase the center's participation, such as special events during Senior Center Week and participating in Holden Together. Cindy took great professional pride in her newsletter column, Cindy's Corner sent monthly to all Holden's elders. The column reminisced about her childhood and growing up on her grandparent's farm. It was an instant success with seniors as they related to fond memories of a simpler time. Many seniors went to the center just to meet her and tell her how much they enjoyed reading her column. In 2007, after many years of writing the column, she published a book containing the articles titled Cindy's Corner, A Collection of Memories. Cindy lived a life of exemplary service. Over several years, she and Bob traveled with other volunteers from the First Baptist Church of Holden to LaRomana in the Dominican Republic where they helped build a hospital. After raising their four children, Cindy and Bob became host parents for the Foreign Student Exchange Program, accommodating two students from Europe for their high school senior year. Cindy and Bob were awarded the "Good Neighbor Award" honoring their community spirit by The Holden Democratic Town Committee. Cindy enjoyed traveling, including trips to Switzerland, Paris, England, Ireland, Hawaii and Key West. She looked forward to reading English history, drawing, and competing on the Holden Fire Department's Muster Team at the Annual Wachusett Fireman's Muster. She especially looked forward to spending time with her grandchildren. The family recognizes the great care Cindy received over the years from her doctors and nurses and especially those caregivers that visited her while we cared for her at home. Every time they visited they not only provided loving care they also brought comfort and compassion to all of us. A funeral service honoring Cindy's life will be celebrated privately on Saturday, March 6th at Miles Funeral Home, 1158 Main St., Holden. Cindy's service will be available for viewing here on Saturday. In lieu of flowers, memorial donations may be made to the Holden Senior Center, 1130 Main St., Holden, MA 01520. To share a memory or to offer an online condolence, please visit the "Tribute Wall' on this page.

The family of Cynthia N. (Stevens) Beck created this Life Tributes page to make it easy to share your memories.

Send flowers to the Beck family.