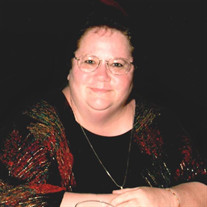 JEFFERSON – Cynthia A. (Paquette) Egan, age 67, passed away on Thursday, February 18, 2021 at UMass Medical Center – University Campus in Worcester after a brief illness. Born in Worcester, the daughter of the late Russell J. and Catherine Ann (McGuiness) Paquette. Cynthia grew up in Holden and graduated from Wachusett Regional High School. In 1974, she married the love of her life, Gary Egan, and lived in Jefferson where together they raised their family. She worked her entire career as a bookkeeper and customer service representative at the family business, R. J. Paquette. Cynthia loved to travel with her husband. They would go on many cruises over the years, frequently visiting Bermuda, one of their favorite spots. She was happiest on the beach and being near the ocean. Above all, her family was of utmost importance to her. She adored her children and grandchildren. She will be lovingly missed by her husband, Gary J. Egan; her son, Jason R. Egan of Jefferson; her daughter, Leigh-Ann Egan of Worcester; her brother, Rodney J. Paquette of Jefferson; three grandchildren, Ryan Egan, Keiara Hunter and Jayden Egan; and many nieces and nephews. She is predeceased by her brother, Ronald J. Paquette. A funeral service honoring her life will take place privately. In lieu of flowers, memorial donations may be made to the American Diabetes Association, P.O. Box 7023, Merrifield, VA 22116-7023. Funeral arrangements are under the care of Miles Funeral Home, Greater Worcester Funeral Care.

JEFFERSON &#8211; Cynthia A. (Paquette) Egan, age 67, passed away on Thursday, February 18, 2021 at UMass Medical Center &#8211; University Campus in Worcester after a brief illness. Born in Worcester, the daughter of the late Russell J. and... View Obituary & Service Information

The family of Cynthia A. Egan created this Life Tributes page to make it easy to share your memories.

Send flowers to the Egan family.