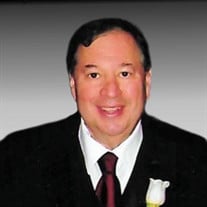 STOUGHTON - David J. Bernstein, age 72, of Stoughton passed away on March 1, 2022, surrounded by his loving family. He was the beloved husband of Susan Safer Bernstein. They had a wonderful and loving marriage and celebrated their 50th anniversary this past August. He was the cherished father of Adam Bernstein and his wife Ariel (Mann) Bernstein of Franklin and Michelle Schweiger and her husband Jason of Natick. His 5 grandchildren were his greatest blessings and joy. Cora and Eli Bernstein and Liam, Ethan, and Lacey Schweiger will greatly miss their adored papa. Born in Boston on May 12, 1949, he grew up in West Roxbury. He was the loving son of the late Mike and Ethel (Rubinoff) Bernstein and devoted son-in-law to the late Goody and Izzy Safer. He is the brother of Marjorie Downing and her husband Bill. He is the cherished brother-in-law of Dr. Theodore and Cheryl Safer and Dr. Jeffrey and Missy Safer. He is also survived by many nieces and nephews, cousins, and numerous friends who he considered family. He graduated from English High School in 1967 and remained involved with the alumni association. In 1971, he graduated from UMass Amherst, which is where he met Susan, the love of his life. While at UMass, he was a staff photographer for the Daily Collegian newspaper. After college, he worked with his father in the lumber business and then went into sales before starting his own business, Bay State Marking Systems. He retired in 2019 after working for Markwell Manufacturing Company. In his youth, he spent 11 summers at Camp Naticook, where he made many lifelong friends. He was a proud Mason and became Master of Brotherhood Lodge. He was a past president, bulletin editor and involved member of his synagogue. Most recently, he was a member of the Sharon Men’s Club. More than anything, he loved spending time with family whether it was cruising, trips to Maine, BBQs, holidays and babysitting his grandchildren. To have known him is to have loved him and he will be forever missed by those who knew him. A Funeral Service for David will be held at Ahavath Torah Congregation, 1179 Central Street in Stoughton on Friday, March 4th at 10:00am. Livestreaming for the service will be available at www.atorah.org. Burial will follow at Sharon Memorial Park. Memorial Observances will be held at the Bernstein Residence on Saturday Evening from 7-10pm and Sunday and Monday from 12-4pm and 7-9pm. Donations in David’s memory can be made to Ahavath Torah Congregation or to the charity of your choice. Funeral arrangements are under the care of Miles Funeral Home of Holden. To share a memory or offer a condolence please visit "The Tribute Wall."

STOUGHTON - David J. Bernstein, age 72, of Stoughton passed away on March 1, 2022, surrounded by his loving family. He was the beloved husband of Susan Safer Bernstein. They had a wonderful and loving marriage and celebrated their 50th anniversary... View Obituary & Service Information

The family of David J. Bernstein created this Life Tributes page to make it easy to share your memories.

Send flowers to the Bernstein family.