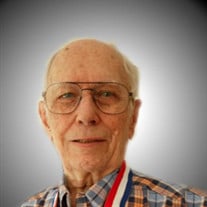 WEST BOYLSTON – David B. Brown, 96, passed away on Saturday, January 30, 2021 due to complications of dementia. Born in Gardner, he was a son of the late Charles and Helen (Brooks) Brown. Shortly after graduating from Gardner High School he proudly served his country during WW II in the United States Army, 94th Yankee Division Artillery. Upon his return, he married Elizabeth Leitch and settled in Worcester. David and Elizabeth relocated to Holden, where their son Douglas was born shortly before the Worcester tornado of 1953 destroyed his home and severely injured his wife, son and mother-in-law. The family then moved to West Boylston, near Pinecroft Dairy, where he lived for most of his life. David was educated at the University of Mississippi and Worcester Polytechnic Institute, obtaining a Bachelor’s Degree in Mechanical Engineering. He was employed for several years at American Steel and Wire before taking a position at Norton Company in the Diamond Product Division until he retired. David was an avid golfer and served as a Marshal at Pleasant Valley Golf Club during the New England Classic Tournaments. He enjoyed fishing, casting many lines in the Wachusett Reservoir and Quinnepoxet River, as well as Lake Quinsigamond. He was a target marksman and skeet shooter. David was a talented artist and enjoyed working with oil, acrylic and watercolors. In his spare time, he frequently worked for political campaigns and fundraisers throughout the years and was a volunteer driver for Hope Lodge for several years. He will be lovingly missed and remembered by his son, Douglas Brown and his wife, Amy of Lancaster; and his two grandchildren, Kendra Brown of Medford and Tristan Brown of Arlington. In addition to his parents, he is predeceased by his wife of 48 years, Elizabeth L. Brown, a sister, Sarah Ruggles and his two brothers, Harvey and William Brown. A graveside service with military honors will be held at 1 p.m. on Monday, February 8 at Mount Vernon Cemetery, Church Street, West Boylston. Appropriate Covid-19 protocol will be observed including the use of face masks and social distancing. Arrangements are under the care of Miles Funeral Home, 1158 Main Street, Holden. To share a memory or offer a condolence please visit "The Tribute Wall."

WEST BOYLSTON &#8211; David B. Brown, 96, passed away on Saturday, January 30, 2021 due to complications of dementia. Born in Gardner, he was a son of the late Charles and Helen (Brooks) Brown. Shortly after graduating from Gardner High... View Obituary & Service Information

The family of David B. Brown created this Life Tributes page to make it easy to share your memories.

Send flowers to the Brown family.