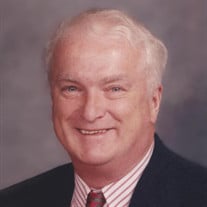 HOLDEN/PRINCETON– David R. Geoffroy, age 83, passed away peacefully on Tuesday, June 29, 2021 at Dodge Park in Worcester. He was born in Milford, the son of Frank and Dorothy (Cahill) Geoffroy. David graduated from St. Mary’s Central Catholic High School in Milford where he met the love of his life, Catherine. He graduated from WPI in Worcester with a degree in Mechanical Engineering. He worked for many years at Coppus Engineering and Riley Stoker in Worcester. David and Catherine were married and raised their family in Auburn and Princeton before settling in Holden for forty years. They loved to entertain friends and family and shared their home with many beloved dogs over the years. David was a wonderful father and was devoted to his three children. He was a great handyman and enjoyed working on cars and home renovations. A devout Christian, he was an active member of St. Francis Episcopal Church in Holden serving as a lay reader for many years. He will be lovingly missed by his two daughters, Julie Stevens and her husband, John of Holden, Jody Koch and her husband, Karl of Princeton; his son, Peter Geoffroy and his partner John Gray of Thompson, CT; three grandchildren, Michael McCracken, Katherine Goheens and John Stevens; two great-grandchildren, Connor and McKenna Goheens. He is predeceased by his wife of over 60 years, Catherine M. (Wrenn) Geoffroy who passed away last year. A memorial service will be held at St. Francis Episcopal Church in Holden at the convenience of the family. In lieu of flowers, memorial donations may be made to St. Francis Episcopal Church, 70 Highland St., Holden, MA 01520. Funeral arrangements are under the care of Miles Funeral Home, 1158 Main St., Holden. To share a memory or offer a condolence please visit "The Tribute Wall."

The family of David R. Geoffroy created this Life Tributes page to make it easy to share your memories.

Send flowers to the Geoffroy family.