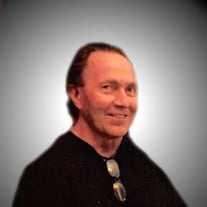 WORCESTER – David T. Perry, age 63, passed away peacefully at home on Thursday, August 19, 2021. Born in Worcester, he was the son of Robert K. and Jean M. (Tod) Perry. After graduating from Doherty Memorial High School in 1976, Dave entered into the United States Air Force Reserve as a Technical Specialist. He then went on to work for over 25 years in telecommunications as a voice technician for Nextiraone LLC, previously known as Williams Communications/Nortel Networks, before finishing his career at Vencom Communications. Dave lived a simple life and enjoyed the quiet lifestyle. His passion was working out and could be found lifting at one of the many gyms he belonged to alongside the many friends he met. Later in life, he became a certified personal trainer. He is survived by his loving mother, Jean M. Perry of Worcester; his brother, Robert K. Perry, Jr. and his wife, Joanne of Cherry Valley; and three sisters, Joan Perry of Winchendon, Jean Sinclair and her husband, Gary of Harwich, Kathleen Berrocal and her husband, William of Costa Rica; and five nieces and nephews. A graveside service honoring his life will take place privately. In lieu of flowers, memorial donations may be made to St. John’s Food for the Poor Program, 44 Temple St., Worcester, MA 01604. Funeral arrangements are under the care of Miles Funeral Home, 1158 Main St., Holden.

The family of David T. Perry created this Life Tributes page to make it easy to share your memories.

Send flowers to the Perry family.