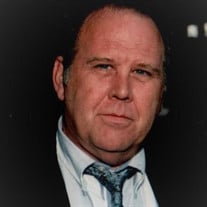 For those who would like to watch the service for David, please click the link below: https://client.tribucast.com/tcid/3152751976 HOLDEN – David L. Peterson, 74, passed away on Thursday, July 15, 2021, at St. Vincent Hospital after an illness. He was born in Anamosa, IA, the son of Leo and Lillian A. (Houmes) Peterson and had lived in Holden the past 21 years. He leaves his loving wife of 21 years, Janice L. (Noble) Peterson; his daughter, Kristine King and her husband, Andy of St. Louis, MO; his step-children, James Jardine and his wife, Michelle of Rutland, Lisa McKernan of Florida and Douglas Jardine and his wife, Maryann of Holden; his brother, James Davidson of Cedar Rapids, IA; his sister, Dorothy Powers of Cedar Rapids, IA; seven grandchildren; and several nieces and nephews. He was predeceased by his brother, Ken Peterson. David proudly served his country in the U.S. Army during the Vietnam War. After being honorably discharged he continued his education and graduated with a Bachelor’s degree from North Iowa University. He was a district manager for Maytag in Iowa and New England and worked side jobs on household appliances. Later in life he was a meat cutter at Sam’s Club in Worcester. David was Commander of the VFW District 11 and was an active member and past commander of the West Boylston VFW Post 6907. He enjoyed collecting miniature cars, watching western movies, was an avid sports fan and a diehard Iowa Hawkeyes fan. At David request, funeral services are private and will be held at the convenience of the family. Please omit flowers. Memorial contributions may be made to the Disabled American Veterans, JFK Fed. Bldg., Government Ctr., Boston, MA 02203. Arrangements are under the care of the Miles Funeral Home, 1158 Main Street, Holden. To share a memory or offer an online condolence, please visit "The Tribute Wall."

The family of David Leo Peterson created this Life Tributes page to make it easy to share your memories.

For those who would like to watch the service for David, please...

Send flowers to the Peterson family.