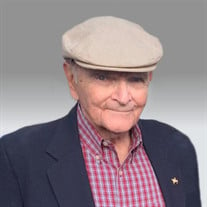 WEST BOYLSTON – Donald F. Cox, 86, beloved husband of the late Geraldine (Nader) Cox, passed away peacefully in the comfort of his home on Wednesday, September 29, 2021. Born and raised in Worcester, he was a son of the late Evelyn (Wray) Cox. After graduating from Classical High School, he attended the College of the Holy Cross for two years before entering the military where he proudly served in the United States Army. Upon his return, Donald earned two master’s degrees from Worcester State College and began his teaching career with the Wachusett School District. During his retirement years, Donald enjoyed his role as a substitute teacher in Holden and West Boylston. Donald was a dedicated member of Blessed Sacrament Church in Worcester for many years. In his spare time, he was an avid shooter and enjoyed pheasant hunting skeet and trap shooting. He was a member of the M60 Army National Guard Machine Gun Team that placed first in the nation and third in the overall Army matches. He will be lovingly missed and remembered by his son, Donald E. Cox and his wife, Helen Haran of Sterling; his two daughters, Cynthia Norton and her husband, Sean of Holden and Jerilynn Flynn of Worcester; his daughter in law Cheryl Cox of Worcester, his nine grandchildren, Jonathan, Jackie, Michael, Zachary, Alexandria, James, Hannah, Mary Kate and Kyle; and three great-grandchildren, Ciara, Jazzy and Joy. In addition to his wife of 59 years, Geraldine, he was predeceased by his son, Michael Cox and his grandson, Patrick. Relatives and friends are invited to visit with the family from 4 to 7 p.m. on Wednesday, October 6 in the Miles Funeral Home, 1158 Main Street, Holden. A Mass of Christian Burial will be celebrated at 11 a.m. on Thursday, October 7 at St. John’s Church, 40 Temple Street, Worcester. Burial is private at the convenience of the family. To share a memory or offer condolence please visit "The Tribute Wall" on this page.

WEST BOYLSTON &#8211; Donald F. Cox, 86, beloved husband of the late Geraldine (Nader) Cox, passed away peacefully in the comfort of his home on Wednesday, September 29, 2021. Born and raised in Worcester, he was a son of the late Evelyn (Wray)... View Obituary & Service Information

The family of Donald F. Cox created this Life Tributes page to make it easy to share your memories.

Send flowers to the Cox family.