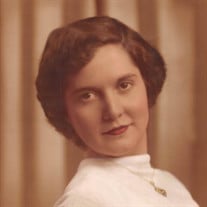 HOLDEN – Dorothy Ann (Eden) Buskey, age 87, of Holden, passed away peacefully in the comfort of her home on Saturday, June 26, 2021 after a brief illness. Her husband of sixty-two years, Corliss Ward Buskey, Jr. died April 6, 2016. Dorothy graduated from Leicester High School in 1952. She worked 32 years for New England Telephone Co. as a service observer and later in the engineering department retiring from Verizon in 1991. She leaves her two sons, Bruce Corliss Buskey and Brett Clay Buskey both of Holden; her granddaughter, Avry Eden Weinstein of Land O’Lakes, FL. Her only daughter Bonnie Ruth (Buskey) Weinstein, died July 17, 2002. Five older brothers predeceased Dorothy. She also leaves her faithful companion, her cat, Gretta Garbo Buskey, and her best friend, Madeleine Wood of Worcester. She was born in Bedford, the youngest and only daughter of Dr. Henry Dobsen and Dorothy Ann (Gaughan) Eden and spent most of her younger years growing up in Leicester, then a short period in Worcester after her marriage to Corliss, then moving to Holden in 1956. Dorothy and her husband were married June 20, 1953 in St. John’s Church in Worcester. She was a member of the New England Telephone Pioneers of America and of St. Mary’s Church in Jefferson. Funeral services and burial at Grove Cemetery in Holden were private. In lieu of flowers, memorial donations may be made to the Worcester Animal Rescue League, 139 Holden St., Worcester, MA 01606. Funeral arrangements are under the care of Richard S. Mansfield of Miles Funeral Home, 1158 Main St., Holden.

The family of Dorothy Ann (Eden) Buskey created this Life Tributes page to make it easy to share your memories.

Send flowers to the Buskey family.