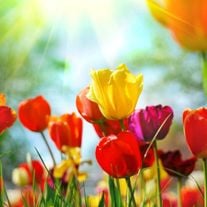 JEFFERSON – Edna M. Tilander, age 92, passed away from natural causes at her home on Thursday, July 15, 2021. Her life began on April 24, 1929 in Holden, the daughter of Edward A. and Estella J. Moroski. She married Conrad N. Tilander in 1952 and they had two children. Edna was an accomplished classical musician who performed as a soprano soloist in numerous sacred and secular concerts in the Worcester area including the Worcester Music Festival. She was a soloist at several Worcester area churches including the Universalist, Congregational, Unitarian-Universalist, and Christ Scientist churches. She also performed many concerts and recitals with dear friends, contralto Muriel Watt and accompanist Bessie Twitchell. She was a longtime member of the Music Students Club and the Master Singers, and frequently attended choral conventions at Tanglewood in Lenox. She taught a number of vocal students at her home well into her 80s. She was predeceased by her husband, Conrad “Connie” N. Tilander; her son, Nathanial “Nat” Tilander; her sisters, MaryAnn Graves, Dorothy Mills, and Barbara Carmichael; and several nieces and nephews. She is survived by her daughter, Nina Tilander of ME; her daughter-in-law, Janet DeLauter Tilander; her granddaughter, Rebekah Tilander Raybuck and her husband, Drew; and her great grandchildren, Nathaniel and Delilah Raybuck, all of CA; as well as cousins and other nieces and nephews in New England, Washington State, and Oregon. At this time, there are no services planned. Funeral arrangements are under the care of Miles Funeral Home, 1158 Main St., Holden. To share a memory or offer a condolence please visit "The Tribute Wall."

The family of Edna M. Tilander created this Life Tributes page to make it easy to share your memories.

Send flowers to the Tilander family.