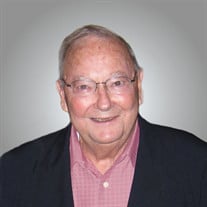 WORCESTER - Previously of Rutland and Holden. Francis W. (Frank) Kimball, 94, passed away Tuesday, January 26, 2021, at Knollwood Nursing Center after a brief but valiant battle with Covid-19. He was born in West Boylston, the son of John and Georgianna (Brigham) Kimball. Frank truly loved life and the people he encountered. His years were full of rich experiences and adventures that were the source of many of the tales he loved to tell to anyone who would listen. He was raised by his sister and brother-in-law, Margaret and Roy Forsman, growing up on the shores of Lake Quinsigamond where he swam in the summer, skated in the winter, and caused mischief all year round. He attended Worcester Boys Trade High School, dropping out to enlist in the United States Navy during World War II. He served as a Storekeeper, 3rd class and earned several medals and commendations. After receiving an honorable discharge from the Navy in 1946, Frank returned to Worcester Boys Trade, completed his diploma in pattern making, and met the love of his life, Jeanne (Messier) Kimball. He spent two years trying to convince Jeanne that he was worthy of her; in 1950 she succumbed to his charms and said “I Do.” Through their 61 years of marriage, they lived in Worcester, Holden, and Rutland. Frank’s career included working at U.S. Envelope in Worcester until they closed, followed by 35 years at Prudential Insurance Company. Frank and Jeanne retired to the Briarwood Continuing Care Retirement Community in Worcester in 2004. A common thread throughout Frank’s life was his desire to help others. Whether taking orphans to the beach in his younger days, selling hotdogs at high school football games when his children were teenagers, or hanging art, manning the reception desk, or volunteering at the annual golf tournament at Briarwood, if someone needed him, Frank was there with a smile on his face. Frank had a knack for fixing things, and his toolbox was always within reach. Once Frank retired, he and Jeanne traveled and explored a variety of places in the US, Europe, and Asia. He was an avid gardener who took great pride in his vegetables and flowers. In the winter, he would spend countless hours in his extensive woodworking shop where he crafted furniture for friends and family. He loved to be among people. He could frequently be found playing cards (and usually winning!), attending events, or chatting people up in the Briarwood dining room. In addition to his beloved wife, Jeanne, Frank was predeceased by his seven siblings. He leaves behind his two children who he loved to talk about to everyone he met: his son and daughter-in-law, Mark and Maureen (Wang) Kimball of Dunstable and daughter and son-in-law, Susan and Richard Correia of Merrimack, NH. Perhaps his favorite role in life was being a grandfather. He loved and was extremely proud of his five grandchildren: Danielle and Rebecca Kimball and Kathleen, Matthew, and Anna Correia. He will be missed by all, and his biggest hope was that those who knew him will honor his memory by being kind, generous, compassionate, and putting others before themselves. Due to Covid-19 restrictions and for everyone’s safety, funeral services are private and under the care of Miles Funeral Home in Holden. In lieu of flowers, memorial donations may be sent to Memorial Gifts, The Briarwood Community, 65 Briarwood Circle, Worcester, MA 01606. Checks may be made out to Salem Community Corporation, noting “Frank Kimball Memorial” on the memo line, to enhance campus gardens in his memory. To share a memory or to offer an online condolence, please visit the "Tribute Wall" on this page.

WORCESTER - Previously of Rutland and Holden. Francis W. (Frank) Kimball, 94, passed away Tuesday, January 26, 2021, at Knollwood Nursing Center after a brief but valiant battle with Covid-19. He was born in West Boylston, the son of John and... View Obituary & Service Information

The family of Mr. Francis W. (Frank) Kimball created this Life Tributes page to make it easy to share your memories.

Send flowers to the Kimball family.