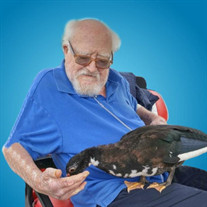 WORCESTER - Gary Silverman, 71, of Surfside Beach, SC, left this world on December 28, 2021, after many years of chronic illness. His memory will be cherished by his wife Janice (Borg) Silverman and his three sons, David Silverman (Cindi) of Putnam, CT, Dennis Silverman of Hopkinton, MA, and Benjamin Silverman of Surfside Beach, SC. Gary also leaves behind his brother Steven Silverman (Marsha) of Worcester, MA. He is also survived by three granddaughters, two great-grandsons and a large extended family. Gary will especially be missed by his dog, Hobbs, and the ducks in Garden City who loved his daily appearances with a bag of birdseed. Gary (Slick) lived in Worcester, MA until his retirement in 2013. He was loved for his dry quick wit and his love of a good party. Always a thrill seeker, in his younger days he flew airplanes and rode only antique English motorcycles. His happiest job was as the owner of Uptown Upton Ice Cream, where he manufactured and sold premium ice cream and was often referred to as “the Kook on top of the hill.” Always carefree, his biggest concern was how the Red Sox would do each year. The family would especially like to thank his long-time hospice nurse, Brooke Kennedy. Gary’s family is honoring his request for no services but asks you to hoist your favorite libation in his name and remember his great big smile. The world will be a quieter place without him. A celebration of his life will be held at a later date. Memorials may be sent to Carolina Wildlife Rehabilitation Center, 200 Loblolly Ln, Myrtle Beach, SC 29579.

WORCESTER - Gary Silverman, 71, of Surfside Beach, SC, left this world on December 28, 2021, after many years of chronic illness. His memory will be cherished by his wife Janice (Borg) Silverman and his three sons, David Silverman (Cindi) of... View Obituary & Service Information

The family of Gary Silverman created this Life Tributes page to make it easy to share your memories.

Send flowers to the Silverman family.