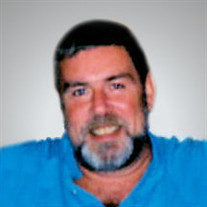 RUTLAND - George A. "Tim" Threadgould, Jr., 77, passed away unexpectedly at his home on May 14, 2021. He was the loving husband of Kathleen C. (Hyland) Threadgould, who passed away in 2020. He was born in Clinton, the son of George A. and Cecilia S. (Burton) Threadgould. He was raised in Lancaster and attended Lancaster High School. After graduating, he enlisted in the U.S. Air Force in 1963, proudly serving his country as an Airmen until 1967. He later met and married his wife Kathy in 1969. They moved to Rutland in 1976 to raise their family. Tim worked for National Glass Works in Worcester for several years before going to work for Shawmut Bank, from which he retired. He was an active member of the Rutland Lions Club and he coached Rutland Babe Ruth Baseball for many years. He was an avid fan of the San Francisco 49ers and the Boston Red Sox. He loved to cook, fish, play golf, pool, cards and cribbage, and was a fantastic dancer. He was the epitome of a people person, engaging anyone that crossed his path. Always in the center of any crowd, charming people with his smile and twinkling baby blues. He loved neighborhood parties and surrounding himself with people, especially the lifelong friends he made. A man that would give you the shirt off his back if you needed it. He will be fondly remembered as "Timmy Terrific", "Bubba", "Mr. T" and "Timmy T". He and his wife cared for his mother "Lovey'' until her passing in 2006, and after his beloved wife was diagnosed with early-onset Alzheimer's Disease, he selflessly cared for her until suffering a stroke in 2013. By far, his favorite job was being Grampy and Papi to his grandchildren, who he adored. He will be lovingly remembered and missed by his daughters, Michelle K. "Mouse" Gaudette and her fiancé Tony Ramey of Charlton and Dawn-Marie M. "Fuzzy" Ludy and her husband Kenneth of Lunenburg; his sister, Mary Cleveland of West Boylston, and his brothers, Michael Threadgould and his wife Doreen of Sutton and Robert Threadgould and his wife Tanya of Rutland; his long-time companion Maureen Neville of Rutland; several nieces and nephews; and most importantly his three grandchildren who adored him, Samuel Gaudette, Charlotte Ludy and Savannah Ludy. He was predeceased by his brother-in-law Thomas Cleveland. A celebration of life will be held at a later date. Memorial donations may be made to the American Diabetes Association, P.O. Box 7023, Merrifield, VA 22116-7023. Arrangements are under the care of Miles Funeral Home, 1158 Main St, Holden. To share a memory or to offer an online condolence, please visit the "Tribute Wall" on this page.

RUTLAND - George A. "Tim" Threadgould, Jr., 77, passed away unexpectedly at his home on May 14, 2021. He was the loving husband of Kathleen C. (Hyland) Threadgould, who passed away in 2020. He was born in Clinton, the son of George A. and... View Obituary & Service Information

The family of George A. "Tim" Threadgould, Jr. created this Life Tributes page to make it easy to share your memories.