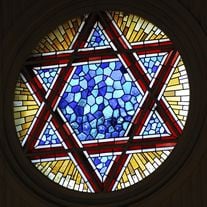 Harold's Graveside Funeral Service will be livestreamed (depending on the service availability in Manchester, NH) on Wednesday, November 18th, at this link: https://client.tribucast.com/tcid/90687508 PALM BEACH, FL - Harold Gross, 91, of Palm Beach, FL and Manchester, NH, passed away peacefully with family by his side on November 15th, 10 days shy of his 92nd birthday. Harold was born one of five children in Derry on November 25, 1928 to Ruth (Wexler) and Hyman Gross. He graduated from Pinkerton Academy in 1946 and entered the Marine Corps shortly thereafter serving in the Washington D.C. and Virginia area. While in the service, he was chosen as the model for a life-size Marine Corps cutout that appeared with his likeness in post offices throughout the United States. He later returned to Derry to work in the family business. In 1953 he met and married Charlotte (White), his wife of 67 years, and they moved to Manchester to raise their two children. He bought Small’s Department Store in Derry and returned it to its former name, Moody’s Department Store in the tradition of the grand old downtown department stores that sold everything. In his 45 years in business, he prided himself on serving his customers, and for a long time knew each one of them personally and was a fixture on East Broadway as Derry went from a sleepy town of 5,000 to a growing suburb of Boston. He and Charlotte became members of Temple Israel from the time it opened and have been active ever since. When the Temple struggled financially in the late 70’s, they started and ran a bingo operation that pulled the Temple out of debt and ultimately allowed it to burn its mortgage. In honor of these achievements, the Temple named its Hebrew School fund after them. He and Charlotte retired to Palm Beach, and for the last 25 years have delighted in providing a haven there for their children and grandchildren. Harold loved life and created a tremendous one for his family. Though quiet and reserved, he couldn’t stop talking once he got to know you. He will be dearly missed by all who knew him. He is survived by his wife of 67 years, Charlotte; son Howard Gross and his wife, Joan, of Durham, NH; daughter Brenda Geier and her husband, Daniel of Bellmore, NY; grandchildren Benjamin, Jacob and Rachel Geier of Bellmore, NY; Stephen Jackman of Barrington; Andrew Jackman of York, Maine; Annemarie Hogan of Derry; Patrick Jackman of Norfolk, Virginia, and 7 great grandchildren. He was predeceased by his parents, his sister, Shirley Darling of McKeesport, Pennsylvania and brother Sidney of Seattle, Washington, and survived by his sisters Ethel Goralnick of Haverhill, Massachusetts and Anita Miller of Elwyn, Pennsylvania. A graveside service will be held at 10 a.m. on Wednesday, November 18th at the Manchester Hebrew Cemetery, 316 S. Beech Street, under the direction of Richard Perlman of Miles Funeral Home of Holden, MA. Due to Covid-19, please wear appropriate face masks and follow social distancing. Donations may be made in his memory to the Charlotte and Harold Gross Hebrew School Fund, Temple Israel, 66 Salmon Street, Manchester, NH 03104.

The family of Harold Gross created this Life Tributes page to make it easy to share your memories.

Harold&#39;s Graveside Funeral Service will be livestreamed (depending...

Send flowers to the Gross family.