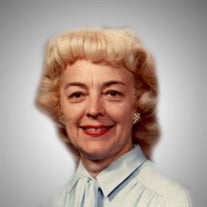 STERLING - Irene E Camerano, 95 3/4 yrs of Sterling died May 13, 2022 after a brief illness. Irene was the youngest daughter to Homer and Blanche (Hebert) LaBossiere and younger sister to Kip (Homer Jr.) and Bernadette (Braconnier). She was born and raised in Worcester until her family relocated to Sterling when she twelve yrs old. Her new jobs there soon included pulling nails from scrap wood and banging them straight to assist her father, a master carpenter, in building the family home; collecting fresh eggs from their chickens until the rooster bit her one too many times and a 2x4 was too close to resist; and collecting a menagerie of free kittens, two nefarious goats famous on climbing parked cars, leaving hoof-shaped indentions in the metal work especially on her father’s; and any stray dog she could convince to “follow her home”. It was this third habit-her love of all legged animals that would continue throughout her life, and yes lobsters have legs. Irene trained to be a nurse in Leominster Ma, but when forced to choose, chose to marry her high school sweetheart Mario Camerano, also of Sterling. Mario brought music and laughter into her life until his untimely death in 1980. A year later, the second love of her life Jack Helander of Finland brought dancing, travel, skiing and an additional circle of new friends. Irene was employed for the majority of her life as business manager for the Commonwealth of Massachusetts in the Departments of Youth and Social Services. Upon her retirement she and Jack traveled not only in the United States but to Finland, India, and Europe. Irene volunteered in the Sterling Town Hall Clerk’s Office for the past decade, where she enjoyed the interaction with the public and the friendships formed there. To the monthly ladies lunch crew, she treasured your friendships and the adventures you included her in, or was it the other way around? Irene leaves behind the third love of her life- Ben, who she was sure to include lists of his favorites, including- “Market Basket white American, sliced on #3,her nieces Michelle Braconnier of Sterling, Tina Marcinczyk of Clinton, and Rita “Cookie”Dreslinski of Arizona; cousins, grand/great nieces and nephews are too numerous to name; and Mr Blanco Paiva who became “family”. Burial will be private at the convience of the family. In lieu of flowers…really PLEASE no flowers…her rule, donations can be made to either the following- the Sterling Fire Department Ambulance, P.O. Box 515; Sterling Ma 01564 to whom she was greatly appreciative for the talented compassionate personnel and the smooth rides, or to Neady Cats, P.O. Box 213, West Boylston Ma, 01583, the source of two beloved four-legged grand-nephews. Funeral arrangements are under the care of Miles-Sterling Funeral & Tribute Center. To share a memory or offer a condolence please visit "The Tribute Wall."

STERLING - Irene E Camerano, 95 3/4 yrs of Sterling died May 13, 2022 after a brief illness. Irene was the youngest daughter to Homer and Blanche (Hebert) LaBossiere and younger sister to Kip (Homer Jr.) and Bernadette (Braconnier). She was... View Obituary & Service Information

The family of Irene E. Camerano created this Life Tributes page to make it easy to share your memories.

Send flowers to the Camerano family.