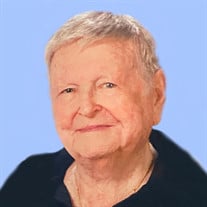 Please click here to view the Graveside Funeral Service for Irwin Volin beginning at 11:00 AM on Thursday, October 15, 2020: https://client.tribucast.com/tcid/27735713 WORCESTER - Irwin Jack Volin, age 95, died peacefully at home in Boca Raton, Florida, after declining health, on Monday, October 12th with loved ones by his side. He lost his beloved wife Suzanne, on New Years Day, 2019 after 70 years of marriage. For the last 10 years of her life, he did not leave her side, as she suffered from advanced Parkinson’s Disease. He was born on March 7, 1925, in Cedarhurst, New York, to Beatrice (nee Butler) and Dave Volin. He was the youngest of 4 boys, and spent his formative years growing up nearby in the town of Lawrence. After high school he attended The Citadel Military Academy in Charleston, South Carolina for one year, until the outbreak of World War II. He then joined the army serving in the 3rd Infantry Division of the Rock of the Marne. After receiving an honorary discharge, he attended Lowell Textile Institute, now UMASS Lowell, and upon graduation, he joined his brothers and father, manufacturing ladies maternity dresses for Ed Volin Maternity on Broadway in the garment district in New York City. As children, our fondest memories were of all the cousins watching the Macy’s Thanksgiving Day parade from the showroom. In 1960 he moved the family to Worcester, where he built West Boylston Bowl, one of the first ten pin bowling alleys in New England. Shortly after, he opened Bowler’s World, across from Shopper’s World in Natick. Unfortunately, many other ten pin bowling alleys opened in the area around the same time and both businesses failed to survive. Irwin was resourceful and an astute businessman, and eventually became an importer of latex goods from Bangkok, Thailand where he and Sue spent many years living for months at a time. They considered it their second home. In 1980, after taking a course at Dunkin Donuts University in Braintree, MA, he opened the first Dunkin Donuts in Thailand, which is still open today as the flagship shop in Bangkok. He worked in importing until his early 90s. When the family was younger, every winter was spent skiing in Vermont. But finally, not able to tolerate the cold New England winters, in 1987 Irwin and Sue moved to Boca Raton, Florida. He enjoyed playing golf, cards with his buddies, and thoroughbred racing. He bought a horse which he named Suzy Superpet, after his wife, who raced until an injury forced her retirement (the horse, not Mom). He had many interests, and with an instructor from the Boca Raton Museum of Art, learned to sculpt out of marble. His creations were beautiful, but after a fall in which he fractured his arm, he was unable to continue this beloved hobby. Irwin left his daughter and son in law, Kathy and Robert Pulda of Worcester, his son Lawrence Volin, of Tamarac, FL, his grandchildren Dana Pulda Acone and her husband Chris, and Julie Pulda, of the Boston area. He also left his great grandchildren, Ruby Pulda Acone and Sasha Pulda Acone. In addition he left his brother and sister in law, Mitchell and Bea Winkler Bayer of New York City, his sister in law Claire Volin of Moorestown, NJ, and several nieces and nephews. Almost as much as his beloved family, he loved dogs. Therefore in lieu of flowers, memorial contributions can be made to MSPCA-Angell online or at 350 S. Huntington Ave, Boston, MA 02130, or Congregation Beth Israel, 15 Jamesbury Drive, Worcester, MA 01609 or to a charity of one’s choice. A graveside service will be held at B’Nai Brith Cemetery, on St. John’s Road, Worcester, with military honors on Thursday October 15th at 11:00 AM with masks and social distancing. Outdoor visits, weather permitting, may be made to the Pulda home after the funeral until 4:00pm, Friday 2-4pm and Sunday 1-5pm. The funeral will be live streamed from Miles Funeral home website.

The family of Irwin Jack Volin created this Life Tributes page to make it easy to share your memories.

Send flowers to the Volin family.