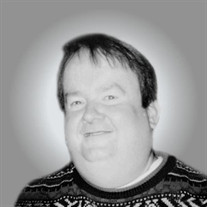 WORCESTER- James (Jimbo) M. Burke passed away peacefully Tuesday, June 1, 2021, at the Life Care Center of Auburn surrounded by family and friends. He was 62. James was born in Worcester, the son of John (Jack) H. Burke and Claire (Lonergan) Burke. James attended South High and worked for a brief period of time at Worcester Poly Tech University in Worcester. He was a member of the Immaculate Conception Parish in Worcester. James was a kindhearted and compassionate soul who always looked for the positive in any situation. He loved his family and friends dearly and followed his nieces and nephews during their athletic experiences during high school. If anyone needed anything or any information James was the one that would have it in moments. He was a forgiving person who always wanted the best for people. James lived for 62 years with his parents. He faced numerous serious health crises throughout his life but somehow always stayed positive and never once complained of his situation. James was a true fighter and near the end, his strength diminished but he didn’t lose his courage to go on. He was one of a kind. Now looking back at his life, he didn’t need us as much as we needed him in our lives. James enjoyed the simple pleasures in life like his daily walks to the 24 store for a newspaper, sandwich, and a cold bottle of Coca-Cola. He would also play the daily numbers game for our mother. James loved all sports, including arena football, hockey, baseball, bowling, whiffle ball, and Holy Cross Football games. James especially enjoyed WWE Wrestling when they would come to town. He also enjoyed books, Jeopardy and especially loved the World Genius Book of Records. He was excellent in mathematics and could remember facts and figures about various topics especially special family events and milestones such a birth dates. Recently, he said he would have loved to have taken part in the Running of the Bulls in Spain. He also mentioned he would have loved being part of the Tomatina Festival in Spain where they hurl thousands of tomatoes at each other. James always liked a good time. As a kid, he enjoyed spending time with cousins on Sundays at Gramma Lonergans. He loved his mother’s cooking, especially those Sunday afternoon home cooked meals when everyone would magically appear knowing dinner would be served. He was a very special person who filled the lives of his family and others that had the pleasure of meeting him. He will be missed dearly by his father, John H. Burke, Jr.; four brothers, John H. Burke III and his wife, Kathleen of Oxford, Richard P. Burke and his wife, Jodi of Shrewsbury, William J. Burke and his fianceé, Nicole of Worcester, Michael E. Burke and his companion, Ashleigh Stanton of North Brookfield; three sisters, Kathleen J. Bruscia and her husband, Ronald of Katy, TX, Martha A. Stevens and her husband, Michael of Worcester, Maureen C. Comer and former brother-in-law, Stephen Comer of Worcester; his aunts, Kathy and Mary; his uncles, Pete and Franny; twenty-one nieces and nephews; and nine grand-nieces and nephews. He is predeceased by his mother, Claire T. (Lonergan) Burke, his uncle Richard, his aunts, Mae Fidrych, Rita Elie and sister-in-law, Jennifer Burke. The family would like to thank the care and compassion from the staff of Life Care Center of Auburn. Relatives and friends are invited to visit with James’ family from 5:00 to 7:00 pm on Sunday, June 6, 2021 at the Kelly Funeral Home, 154 Lincoln St., Worcester and again at 9:30 am at the funeral home, followed by a procession to Immaculate Conception Parish, 353 Grove St., Worcester, with a Mass of Christian Burial at 11:00 am. Burial to follow in St. John’s Cemetery, 260 Cambridge St., Worcester. In lieu of flowers, memorial donations may be made to a charity of one’s choice.

WORCESTER- James (Jimbo) M. Burke passed away peacefully Tuesday, June 1, 2021, at the Life Care Center of Auburn surrounded by family and friends. He was 62. James was born in Worcester, the son of John (Jack) H. Burke and Claire (Lonergan)... View Obituary & Service Information

The family of James M. Burke created this Life Tributes page to make it easy to share your memories.

Send flowers to the Burke family.