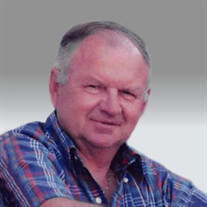 STERLING/WEST BOYLSTON - James M. Flagg, 89, passed away peacefully in the loving care and peaceful surroundings of his home on Saturday, July 24, 2021 after an illness. Born in Worcester, Jim was the son of the late Maro and Ruth (Potter) Flagg. His beloved wife of 50 years, Nancy L. (Cowan) Flagg died in 2005. He will be lovingly remembered and missed by his four children, Dianne L. Reardon and her husband, Thomas of Coventry, Vermont, Lorrie R. Provencher and her husband, Ralph of Sterling, James M. Flagg II and his wife, Patricia of Millbury, and Patricia D. Erickson and her husband, Rob of Berlin; five brothers and sisters, Bette Mitchell of Paxton, Jane L. Houghton of West Boylston, Maro P. Flagg Jr. of Sutton, and Sandra Carroll and Christine Wickstrom, both of West Boylston; 10 grandchildren, Jennifer Martincavage, Jonathan Reardon, Peter Provencher, Ralph Provencher II, James Flagg III, Michael Flagg, Thomas Flagg, Jonathan Erickson, Mathew Erickson and Christopher Erickson; 9 great-grandchildren; and many nephews and nieces. Besides his parents, Jim is predeceased by a brother, Arthur Flagg and two sisters, Marilyn Ethier and Maryanne Himmer. Jim was one of nine children whom was raised in their family home and business known as Flagg Funeral Home, which their mom and dad owned and operated for years in West Boylston. Jim was a graduate of West Boylston High School, class of 1950. He married "Miss Massachusetts 1954" and the love of his life, Nancy Cowan of Holden on February 17, 1955 at a family member’s home and they lived over 20 years in West Boylston before moving to Sterling in 1996. In 1951, Jim started Flagg Canopy Service in Worcester providing 700 canopies a year to St. John’s Cemetery in Worcester. From 1963 to 1980, he owned and operated Flagg Burial Vault Company in Boylston. Jim was also an owner of West Boylston Trailer Sales from 1982 – 1998. Growing up and sharing with nine siblings, gave Jim a lifetime appreciation for frugality and self-reliance. Jim, who was affectionately nick-named “Burger” by his family, loved “making the deal” and enjoyed following and investing in the stock market. He was industrious and hardworking. In his spare time, Jim enjoyed mowing his lawn, playing cards in his bridge league, pitch with his family and a turkey dinner at Barbers Crossing. On Saturday nights he cherished his weekly dinners with Patty, Rob and the kids. Jim's family would like to thank his caretakers, Sue and Kathy, for their compassion and service. Relatives and friends are invited to honor his life by attending a graveside service at 11:00 am on Saturday, July 31st at Mt. Vernon Cemetery, Church St., West Boylston. In lieu of flowers, memorial donations may be made to The Michael J. Fox Foundation, Donation Processing, P.O. Box 5014, Hagerstown, MD 21741-5014. Funeral arrangements are under the care of Miles-Sterling Funeral & Tribute Center, 100 Worcester Road, Sterling.

STERLING/WEST BOYLSTON - James M. Flagg, 89, passed away peacefully in the loving care and peaceful surroundings of his home on Saturday, July 24, 2021 after an illness. Born in Worcester, Jim was the son of the late Maro and Ruth (Potter) Flagg.... View Obituary & Service Information

The family of James M. Flagg created this Life Tributes page to make it easy to share your memories.

Send flowers to the Flagg family.