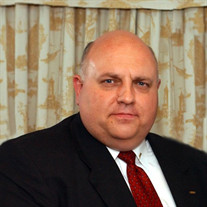 WORCESTER – James B. Kelly, 65, owner and operator of Kelly Funeral Home and Bereavement Care Center, passed away on June 1, 2021 at UMass Memorial Medical Center in Worcester, after a long struggle with cardiac issues. Jim was the son of Walter F. and Lillian (Davis) Kelly, founders of Kelly Funeral Home. After graduating Burncoat Senior High School in 1973, Jim followed his passion of music and was accepted to Berklee College of Music in Boston. But after a serious discussion with his dad regarding their family commitment to serving the local community at their time of need, Jim immersed himself into his predestined vocation and attended New England Institute of Anatomy and Applied Arts and Sciences in Boston. After graduating funeral service school at the age of nineteen, Jim experienced first-hand the tragedy of grief with the untimely death of his father, Walter Kelly in 1975. Jim with the help of family, colleagues and friends, began his career in funeral service and proudly ran the Kelly Funeral Home the following forty-seven years. He was the third generation of funeral director in his family. His great aunt Mary Donahue of Ireland was the first woman embalmer in Massachusetts. She married B.J. Shaw and together they operated Shaw’s Funeral Home in Webster. Another family cousin owned and operated Scanlon Funeral Home also in Webster. He was dedicated to the ministry of bereavement and hosted a local support group, Y.A.N.A. (You Are Not Alone) in his funeral home as well as hosting a weekly radio talk show. Jim was a member and past president of the former Greater Worcester Funeral Directors Association. He was also a longtime member of the Massachusetts Funeral Directors Association and served on its board of directors, the National Funeral Directors Association and the Cremation Association of North America. Jim, along with his family, have been longtime members and supporters of the 100 Club whose charter is provide benefits to surviving families of police officers and firefighters killed in the line of duty in Massachusetts. One of Jim’s memorable affiliations was with Children’s Friend, Inc. in Worcester. He served on their advisory board and trained as a volunteer and counselor at Children’s Friend Carriage House, a grief support setting for children and their families. Jim was a member of St. Bernard’s Church of Our Lady of Providence Parish and was a dedicated volunteer for the Diocesan Annual Bishop’s Fund for many years. In his spare time, Jim enjoyed playing the drums and listening to funk music including the 70’s classic bands, “Tower of Power and Average White Band.” Jim at one time owned and operated a non-alcohol dance club at Webster Square in Worcester. Jim is remembered by his friends as “the life of the party;” first to arrive and last to leave…without ever partaking in an alcoholic beverage. He will be greatly missed by the many people who were blessed with his compassion and understanding during their time of loss. Jim lived the promise and pledge that his father proclaimed on their matchbooks from the 60’s, ”We pledge to treat your loved one as we would our very own family.” One of four children, Jim is survived by a sister, Elizabeth Mikitarian of Titusville, Florida; two nieces and many cousins. Besides his parents, Jim is predeceased by a sister, Patricia and an uncle, Rev. James B. Kelly whom he was named after. Jim’s beloved community of colleagues and friends are invited to honor and remember his life by attending visiting hours from 5 to 8 pm on Monday, June 7, at the Kelly Funeral Home and Bereavement Care Center, 154 Lincoln St., Worcester. A Mass of Christian Burial will be celebrated at 11 am on Tuesday, June 8, at St. Bernard’s Church of Our Lady of Providence Parish, 228 Lincoln St., Worcester. Jim’s cousin, The Rev. James M. Steuterman will be the celebrant. Jim will be laid to rest at St. John’s Cemetery in Worcester. Funeral arrangements are under the direction and care of longtime friend and funeral director, Rick Mansfield. In lieu of flowers, memorial donations may be made to St. Bernard Church of Our Lady of Providence Parish, 228 Lincoln St., Worcester, MA 01605.

WORCESTER &#8211; James B. Kelly, 65, owner and operator of Kelly Funeral Home and Bereavement Care Center, passed away on June 1, 2021 at UMass Memorial Medical Center in Worcester, after a long struggle with cardiac issues. Jim was the son... View Obituary & Service Information

The family of James B. Kelly created this Life Tributes page to make it easy to share your memories.

WORCESTER – James B. Kelly, 65, owner and operator of Kelly Funeral...

Send flowers to the Kelly family.