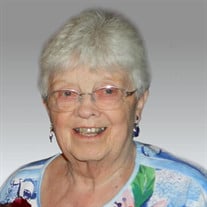 PAXTON/SPENCER – Jane M. (Dickman) MacDonald, 85, passed away on Saturday, March 27, 2021 at Baystate Medical Center after a brief illness. She was born in Holden, the daughter of Thomas F. and Signe I. (Carlson) Dickman and graduated from Holden High School in 1954. She leaves her loving husband of 65 years, Robert E. MacDonald; her daughters, Patricia Clark and her husband, Paul of Hubbardston, Cindy Carbonneau and her husband, Daniel of Oxford, Pamela MacNutt and her husband, James of Saxtons River, VT and Kimberly Sterste and her husband, Edward of Belchertown; her sister, Anne Larrivee of Michigan; her grandchildren, Steven Carbonneau, Michael Carbonneau and his wife, Nicole, Sherry Walsh and her husband Joey, Paul Clark, Karen Clark, Toby MacNutt, Victoria Roudabush and her husband, Aaron and Nicole Sterste; her great-grandchildren, Luke and Laci Carbonneau; and many nieces and nephews. She was predeceased by her brothers, Harold and William Dickman and her sister, Dorothy Allen. Jane was an administrative secretary for several years at the First Congregational Church of Paxton. Previously, she worked at the Paxton Pharmacy and Paul Revere Life Insurance Company in Worcester. She was a member of the First Congregational Church of Paxton and belonged to the church’s Evening Circle. Jane was devoted to her family and enjoyed spending time at their summer home in New Brunswick, Canada where she was a member of the Down East Club for many years. Funeral arrangements are private and will be held at the convenience of the family. In lieu of flowers, memorial contributions may be made to a charity of one’s choice. Arrangements are under the care of the Miles Funeral Home, 1158 Main Street, Holden. To share a memory or offer an online condolence, please visit "The Tribute Wall."

PAXTON/SPENCER &#8211; Jane M. (Dickman) MacDonald, 85, passed away on Saturday, March 27, 2021 at Baystate Medical Center after a brief illness. She was born in Holden, the daughter of Thomas F. and Signe I. (Carlson) Dickman and graduated... View Obituary & Service Information

The family of Jane M. (Dickman) MacDonald created this Life Tributes page to make it easy to share your memories.

Send flowers to the MacDonald family.