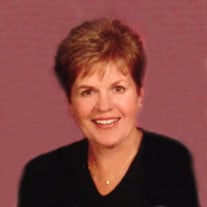 PRINCETON/KENNEBUNK, ME – Joanne K. (Kemp) Howard, 80, passed away peacefully on Wednesday, January 20, 2021 at her home in Kennebunk, Maine after an illness. Born in Worcester, Joanne was the daughter of the late Frederick and Grace (Lombard) Kemp and lived most of her life in Princeton before moving to Kennebunk last August. Joanne will be loving remembered and missed by her husband of 47 years, Dr. Philip Jay Howard; her sons, Princeton Fire Chief, John D Bennett, III of Princeton and Philip J. Howard, III of Kennebunkport, Maine; stepchildren, Christopher Howard of Ettlingen, Germany, Rebecca Howard of Newtown CT and Heather Meisterling of Jericho, Vermont; a brother, Richard Kemp of West Brookfield, Mass; a sister, Susanne Wiggins of Ogunquit, Maine; 14 grandchildren, Ryan, Carter, Kirsten, Nils, Willem, Faith, Mary Isabell, Gabriel, Grace, Hope, Noah, Eden, Ibrahim and Saleh; nephews and nieces. Joanne worked as the office manager at her husband’s medical practice, Worcester Urological Associates in Worcester for 10 years. She was a longtime member of Tatnuck Country Club in Worcester and Princeton Tennis Club where she played competitively. She cherished living in Princeton, where she once reared 30 Hampshire sheep and Belgian draft horses, Katie and Cassie. While living on the farm, over the years Joanne had several Labrador Retrievers including her beloved “Rosey.” On a warm summer’s day she could be found tending her bountiful gardens of lush tomatoes, raspberries, and other delicacies including varieties of squash. A gourmet cook, Joanne’s raspberry pie and jam were legendary. Joanne and Jay appreciated spending summer weekends and vacations at their home in Kennebunk, Maine where they enjoyed boating and golfing at Webhannet Golf Club with friends. Their boat was often chartered by the White House Press Office Secret Service and used by the press when President Bush, Sr. and his family were fishing off his compound. Joanne was invited to play golf with Barbara Bush and she and Jay attended several local dinners as guests of the Bushes. They were also members of the Arundel Yacht Club. Relatives and friends are invited to visit with Joanne’s family from 3 to 5 pm on Sunday, January 24, at Miles Funeral Home, 1158 Main St., Holden. Interment will be held privately in the spring at Woodlawn Cemetery in Princeton. A funeral service honoring Joanne’s life will be held at 11 am on Monday, January 25, at the First Congregational Church of Princeton, 14 Mountain Rd., Princeton. The Rev. Janet Sandquist-Skagerlind will officiate. Out of love and concern for family and friends, social distancing and wearing of a mask will be required. In lieu of flowers, memorial donations may be made to the Princeton Congregational Church. To share a memory or offer a condolence please visit "The Tribute Wall."

PRINCETON/KENNEBUNK, ME &#8211; Joanne K. (Kemp) Howard, 80, passed away peacefully on Wednesday, January 20, 2021 at her home in Kennebunk, Maine after an illness. Born in Worcester, Joanne was the daughter of the late Frederick and Grace (Lombard)... View Obituary & Service Information

The family of Joanne K. (Kemp) Howard created this Life Tributes page to make it easy to share your memories.

Send flowers to the Howard family.