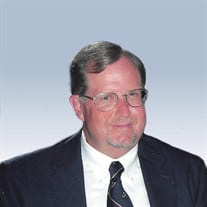 WORCESTER – John C. Cox, 71, passed away peacefully at home surrounded by his loving family on Sunday, May 2, 2021, after a battle with Melanoma. He was born in Portsmouth, NH, the son of John J. and Virginia L. (Whitten) Cox and lived in Worcester for most of his life. He leaves his loving wife of 45 years, Caro B. (Curtis) Cox; six children, Terry O’Malley and her husband, Brian of Spencer, John Turner, Jr. and his wife, Cheryl of Spencer, Cheryl Hull and her husband, Brian of Dudley, Mark Turner and his wife, Mary-Beth of Shrewsbury, Jessica Cox Valade and her husband, Troy of Worcester, and Monica Charest and her husband, Jason of Holden; his sisters, Deborah Cox of Sutton, Mary Coomey of Sandwich, and Catherine Santee of Onset; twelve grandchildren, John III, Maegan, Kayla, Brian Jr., Devin, Ryan, Cameron, Tanyon, Brooke, Ava, Andrew and Adrien; four great-grandchildren, Nathan, Adelyn, Logan and John IV; and many nieces and nephews. He was predeceased by his son, Matthew Cox and his brother, Philip Cox. John proudly served his country in the U.S. Coast Guard for 20 years, retiring with the rank of RM1 in 1988. After earning a Bachelor’s Degree from Worcester State University, he continued his career working for the Social Security Administration as a claims representative for 22 years before retiring in 2012. John spent his retirement years helping to care for his younger grandchildren, traveling with his best friend Caro, and spending time at their summer home in Wells, Maine. John was proud of his Masonic affiliations and was Past Master of The Athelstan Lodge in Worcester. He was a current member of the Boylston Lodge in West Boylston and was the Presiding Commander of the Worcester County Commandery. He belonged to the York Rite Bodies of Worcester and was Past Grand King of the Grand Royal Arch Chapter of Massachusetts. John valued the relationship he had with his Masonic brothers very much and his participation in the Masonic rituals brought meaning to his life. John was also a member of St. Michael’s on the Heights Episcopal Church in Worcester. He was faithful to the church community and made many lifelong friends through his activities there. John also belonged the Harold N. Keith American Legion Post 204 in West Boylston and the American Federation of Government Employees. John was a history enthusiast and an avid reader with an encyclopedic knowledge of many things. He loved to watch Jeopardy! each night, and more often than not was able to correctly answer the final question. He was notorious for using words the average person did not understand, and those close to him often found they were in need of a dictionary. John is also remembered for his love of classical music and his refusal to leave the car until the sonata had ended. From a young age, John was referred to as a “Dapper Dan” who took great pride in his appearance. John enjoyed cold beer, a good red table wine, and Irish whiskey with water. He loved swimming laps in his pool, the ocean, floating too far from the shore at the beach, and sailing. He had an affinity for lighthouses and what they represent. John was devoted to his family and cherished time spent together with his loved ones. He believed that family was the most important thing in life and his love and tenderness for his family will be greatly missed. Relatives and friends are invited to attend calling hours from 4 to 7 p.m. on Friday, May 7th in the Miles Funeral Home, 1158 Main Street, Holden. Due to Covid-19 restrictions and for everyone’s safety, appropriate social distancing and wearing of a mask will be required. A private memorial service and burial will be held at the convenience of the family. In lieu of flowers, memorial contributions may be made to St. Michaels on the Heights Episcopal Church, 340 Burncoat St. Worcester, MA 01606. To share a memory or offer an online condolence, please visit "The Tribute Wall."

WORCESTER &#8211; John C. Cox, 71, passed away peacefully at home surrounded by his loving family on Sunday, May 2, 2021, after a battle with Melanoma. He was born in Portsmouth, NH, the son of John J. and Virginia L. (Whitten) Cox and lived... View Obituary & Service Information

The family of John C. Cox created this Life Tributes page to make it easy to share your memories.

Send flowers to the Cox family.