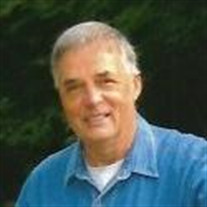 John F. Downes, 76, passed away peacefully at home on January 31, 2022 after a long illness. He was born August 3, 1945 in Brighton, MA, the son of John and Marie (Burke) Downes, and had lived in Sterling for 45 years. He attended Cambridge Rindge and Latin School and graduated from Boston College in 1967. He received his Master’s Degree from Worcester State College in 1972. John will be lovingly remembered and missed by his best friend and wife of 49 years, Patricia (Tanner) Downes; a daughter, Carolynne Noel and her husband, Gregory of Holliston; a son, Christopher and his wife Holly of Spring Branch, TX; a brother, James of Boston; and two grandchildren, Louis and Addison Noel. A brother, Joseph and a sister, Joanne predeceased him. Known as Jack to friends, family and co-workers, he was a Mathematics and computer teacher at Marlborough High School for 35 years. His love of teaching carried over to his daughter, who is a math teacher at Dedham Middle School. He also worked summers as a computer application engineer and as a computer education consultant at Digital Equipment Corporation. Jack was an avid outdoorsman who enjoyed canoeing, cycling, fishing, landscaping and working on his large vegetable garden. He especially loved hiking and often spent weekends exploring the trails around New England. Every other summer he would take a week or two camping trip out west to hike in the mountains and National Parks. He also loved to travel with his family especially to Cape Cod, Florida and Hawaii. Jack was active for many years in the Appalachian Mountain Club, Wachusett Greenways, Rails to Trails Conservancy, Lions Club and Boy Scouts of America. The family wishes to thank the aides at Oriol Health and nurses at Beacon Hospice for their compassionate care and especially his aides Jenna, John and Dominic. Special thanks to the members of Sterling EMS who responded to our home whenever we needed them. They were always courteous, professional and kind. Out of love and concern for the safety of John’s family, a Mass of Christian Burial will be held privately at St. Richard’s of Chichester in Sterling. Funeral arrangements are under the care of Miles-Sterling Funeral Home and Tribute Center, 100 Worcester Rd. in Sterling. In lieu of flowers, memorial contributions may be made to the Sterling Fire Department Ambulance Fund, P.O. Box 515, Sterling, MA 01564;The Central Mass Lyme Foundation, P.O.Box 1043, Sturbridge, MA 01566;Dementia Society of America, P.O.Box 600, Doylestown, PA 18901.

John F. Downes, 76, passed away peacefully at home on January 31, 2022 after a long illness. He was born August 3, 1945 in Brighton, MA, the son of John and Marie (Burke) Downes, and had lived in Sterling for 45 years. He attended Cambridge... View Obituary & Service Information

The family of John F. Downes created this Life Tributes page to make it easy to share your memories.

John F. Downes, 76, passed away peacefully at home on January...

Send flowers to the Downes family.