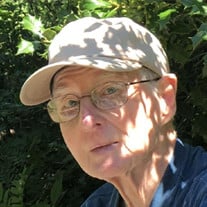 On Friday, December 3, 2021, John Anthony Mayer, Jr. loving husband and father of three children, passed away at the age of 89. John was born on October 17, 1932, in the Bronx to John and Elizabeth (Dydek) Mayer. John received a bachelor’s degree in Marine Engineering from the State University of New York Maritime College at Fort Schuyler in 1954 and two Master of Science degrees from Columbia University (Mechanical Engineering in 1956, and Nuclear Engineering in 1962). He worked for Westinghouse Electric Corporation in Pittsburgh for three years before deciding that education, not industry was his calling. He returned to Fort Schuyler as a professor and then spent the next 33 years at Worcester Polytechnic Institute, where he taught Mechanical and Nuclear Engineering. He was a dedicated professor, who willingly gave his time to help his students find success. On June 9, 1962, John married Doretta Steingass. Together, they raised two sons, John (Tony) and Peter, and a daughter Maria. John was active in many organizations throughout his career. He was a longtime member of the American Society of Mechanical Engineers and the American Nuclear Society. He served on the Commonwealth of MA Low Level Radioactive Waster Mgmt. Board, and he was a member of the Holden Municipal Light Board. John belonged to the New England chapter of the SUNY Maritime College Alumni Association, was an active member of the Chaffin Congregational Church, and served as Scoutmaster for Troop 178 Boy Scouts. The most important roles in John’s life, however, were those of husband, father, and grandfather. He was a good man, who lived his life with honor and integrity, and he was loved dearly. John is survived by his wife Doretta; his son Tony and daughter-in-law Faith, his son Peter and daughter-in-law Fran; and his daughter Maria. He leaves eight grandchildren; Molly, Adam, Maxwell, Erik, Ian, Abby, Madison, James; and four great-granddaughters, Bailey, Blake, Bennett, and Adalee. John’s family and friends will gather for a Memorial Service at 2:00pm on Saturday, December 11, 2021 at Miles Funeral Home, 1158 Main Street, Holden. To share a memory or offer an online condolence, please visit the "Tribute Wall" on this page.

On Friday, December 3, 2021, John Anthony Mayer, Jr. loving husband and father of three children, passed away at the age of 89. John was born on October 17, 1932, in the Bronx to John and Elizabeth (Dydek) Mayer. John received a bachelor&#8217;s... View Obituary & Service Information

The family of John Anthony Mayer Jr. created this Life Tributes page to make it easy to share your memories.

Send flowers to the Mayer family.