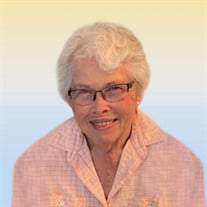 Not sure what to send?

BARRE – Judith E. “Judy” (Holsclaw) Bowman, 80, died peacefully on Wednesday, January 5, 2022 at Dodge Park Rest Home, Worcester. She was born in Spokane, Washington, the daughter of Roscoe and Ethel (Mitcham) Holsclaw. Judy grew up in southern California and graduated from Redlands High School. While attending Redlands High School, Judy met the love of her life and future husband, Bob. The couple would later share 61 wonderful years of marriage; raising a family and spreading the good news of the Gospel together. Along with devoting herself to her husband and children at home, Judy was instrumental in the progression of her husband, Bob’s Ministry and life as a Pastor. Judy and Bob were married on August 20, 1960 in Yucipa, CA and later moved to Michigan in order for Bob to serve as Director of Evangelism Corps (a Ministry of the Baptist General Conference). This position moved them every year and led them to Massachusetts. While in Massachusetts, Bob served as Senior Pastor for Bethlehem Bible Church for ten years and Judy was at his side supporting him through these years. Judy and Bob then went on to serve as missionaries with New Tribes Mission (Ethnos 360) in Bolivia. During this time Judy taught school for the younger children in the village of Tambo. Judy enjoyed quilting, sewing and spending time with her grandchildren. Judy was predeceased by her beloved husband of 61 years, Rev. Robert D. Bowman in September of 2021. She is survived by her sons, Chris Bowman and his wife, Janet of Rutland, Jeff Bowman and his wife, Terri of Washington State and Todd Bowman and his wife, Misty of Alabama; her sister, Marilyn Nigh Fox of Santa Barbara, California; her grandchildren, Taylor, Jordan and his wife, Kathryn, Andrew and his wife, Carrie, Katherine and her fiancé, Joshua, Lyndsey, Jenna and Harley; and her great grandchildren, Emery, Theo and Logan; as well as several nieces and nephews. Judy was also predeceased by her sisters, Ruth Froelich and Lois Cook; and her great grandson, Noah. A funeral service honoring and celebrating Judy’s life will be held at 11 a.m. on Saturday, January 22, 2022 at Bethlehem Bible Church, 307 Lancaster St., West Boylston. Judy will be laid to rest beside her husband at Rural Cemetery, Rutland in the spring of 2022. In lieu of flowers donations may be made to Ethnos 360 (New Tribes Mission), 312 W 1st St., Sanford, FL 32771. Arrangements are under the care of Miles Funeral Home, 1158 Main St., Holden. To share a memory or offer a condolence please visit "The Tribute Wall."

The family of Judith E. "Judy" (Holsclaw) Bowman created this Life Tributes page to make it easy to share your memories.