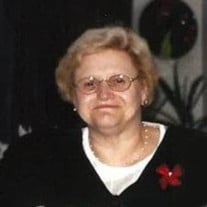 WORCESTER - Judith (Brunell) Martin, age 76, died on Wednesday, January 6, 2020, at UMASS Memorial Medical Center - University Campus, after a brief illness. Judy was born in Worcester, the daughter of Philip and Jeannie (Steele) Brunell, and was a lifelong resident. After graduating from Classical High, Judy attended Boston University, graduating with a Bachelor’s degree in Education, eventually earning a Master’s Degree from Worcester State College as well. She worked for many years in the Paxton Elementary School as a Reading Specialist and also worked part-time in the Worcester Public Schools. After her retirement, she continued as a dedicated volunteer in the Worcester Public Schools. She will be lovingly missed and remembered by her son, Richard Martin of Spencer; her brother, David R. Brunell and his wife Deborah, of Jensen Beach, FL. The greatest joys of her later years were spending as much time as possible with her granddaughter, Maddie Martin, and caring for her beloved canine companion, Harry. She is also survived by several nieces and nephews and cousins. She was predeceased by her brothers, Richard S. Brunell and Robert S. Brunell. Services were held privately at B’nai Brith Cemetery in Worcester. Memorial contributions in her name may be made to Worcester Jewish Community Center, 633 Salisbury St., Worcester, MA 01609. Funeral arrangements are under the care of Miles Funeral Home of Holden. To share a memory or to offer an online condolence, please visit the "Tribute Wall" on this page.

The family of Judith (Brunell) Martin created this Life Tributes page to make it easy to share your memories.

Send flowers to the Martin family.