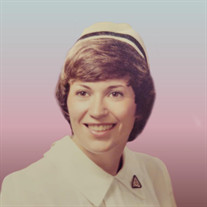 HUBBARDSTON – Kathleen M. (Toomey) Cook, age 76, passed away peacefully at Heywood Hospital in Gardner on Sunday, December 5, 2021. Born in Worcester, she was the daughter of the late John E. and Marie E. (Marotte) Toomey. Kathleen spent her early years in Worcester, graduating from Commerce High School. She went on to receive her bachelor’s degree in Nursing from the Fall River School of Nursing. Kathleen began her career at Mass General Hospital after scoring a nearly perfect score on her nursing board exams. Afterward, she moved to Florida and worked with premature babies in the neonatal unit of the Miami Dade Hospital. Kathleen then moved her family to North Carolina to further advance her career as a Nurse Practitioner. Known around the community to always be willing to help those in need, Kathleen quickly garnered the respect of colleagues and the Community. She was voted Nurse Practitioner of the Year in 1988 and received her award in Washington, DC. Kathleen then went on to work in Kentucky, providing exceptional care to patients in some of the more remote regions of the state. She was nominated and voted in as the first female Kentucky Colonel in the state’s history. In 1996, Kathleen completely upended her life to move back to Massachusetts to be a full-time participating grandmother while also working as a Nurse Practitioner in the Great Brook Valley Health Center, Inc in Worcester. Kathleen was a rabid NE Patriots Fan who loved nothing more than to cheer her boys on every gameday. She was also an avid reader, that was known to read an entire novel in one day especially if it was one of her Tom Clancy or Christine Feehan novels. After retiring, Kathleen discovered sock making and if deemed knit-worthy, she would gift you with a pair of custom-made measured to your feet socks. Kathleen’s favorite place to be was the beach, especially her Summer trips to the Seacrest on Cape Cod with her grandchildren. Kathleen leaves her companion of 22 years, David Smith, her daughter, Lisa Hilerio and her husband, Peter; her son, Steven McGillivray; two brothers, Charles Michael Toomey and his wife, Lynn, Paul Trainer; five grandchildren, Samantha Alleva and her husband, James, Nicole, Peter, Michael, and Annaleis Hilerio; one great-granddaughter, Lucille Hilerio, nieces and nephews, as well as her beloved dogs, Luke and Bear and her fe-lions, Big Red Fluffy and Mac. Besides her parents, she is predeceased by her sister, Patricia Giaquinto. Relatives and friends are invited to visit with Kathleen’s family from 9:00 am to 10:30 am on Monday, December 13 th, at the Miles Funeral Home, 1158 Main St., Holden. A memorial service will take place immediately following at 10:30 am at the funeral home, followed by interment at Worcester County Memorial Park, 217 Richards Ave., Paxton. In lieu of flowers, memorial donations in her name can be made out to Sterling Animal Shelter 17 Laurelwood Rd Sterling, MA 01564. To share a memory of offer condolence, please visit the "Tribute Wall" on this page.

The family of Kathleen M. (Toomey) Cook created this Life Tributes page to make it easy to share your memories.

Send flowers to the Cook family.