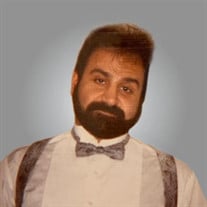 WORCESTER - Kenneth Koury, 63, beloved father and brother, passed away on Sunday, January 17, 2021. He was predeceased by his parents, Richard and Anna (Rizkalla) Koury, and his brother, Richard Koury. He is survived by his children, Kayla Koury and Spencer Koury of Worcester, and his partner Robert Joly of Worcester. As well as his sister, Carol Fredette and her husband, David of Worcester, and his niece, Allison Wilson and her husband, Andrew, of Needham. Ken was a graduate of Grafton High School and Worcester State University. He was the general manager of the former Indian Meadows of Westborough, a functions facility, for many years. He also was a co-owner of the former West Side Grille in Northborough for several years; he was involved in every aspect of the business and discovered his love of bartending there. He enjoyed listening to other people’s stories and getting to know his customers, many of whom became lifelong friends. His last position was no different. As a bartender at the MB Lounge, he was known for his big heart, great sense of humor, and of course, his infectious laugh. Everyone knew Kenny and Kenny knew everyone’s favorite drink. He also served as a driving instructor for many years, and claimed that was responsible for his gray hairs. Ken was essentially a homebody who enjoyed his children, family, and friends and loved hosting gatherings at his backyard pool. When asked why he never took vacations he always said that he had everything he needed right in his own back yard, and he didn’t need to board a plane to get there. He was generous with his time and resources, often cooking and delivering meals to shut-ins, and he never forgot a birthday or anniversary. Relatives and friends are invited to gather with Kenny’s family on Friday, January 22nd from 10-11AM at St. Mary’s Assumption Albanian Orthodox Church, 535 Salisbury Street, Worcester. The funeral service will follow at 11:00 AM with the Rev. Fr. Mark Doku officiating. Burial will follow in Hope Cemetery. In lieu of flowers, and in the event you wish to make a donation in Kenny’s memory, contributions may be made to the Koury family and forwarded to their attention to Miles Funeral Home, 1158 Main St., Holden, MA 01520. Appropriate face coverings must be worn during the visitation at the church and during the funeral service. Social distancing must also be honored. As a requirement, there will be no conversation with the family prior to, during, and at the conclusion of the visitation and funeral Service in the Church. Funeral arrangements are under the care of Philip G. Haddad, Jr. of Miles Funeral Home, 1158 Main Street, Holden. To share a memory or offer a condolence, please visit www.milesfuneralhome.com. MAY HIS MEMORY BE ETERNAL

WORCESTER - Kenneth Koury, 63, beloved father and brother, passed away on Sunday, January 17, 2021. He was predeceased by his parents, Richard and Anna (Rizkalla) Koury, and his brother, Richard Koury. He is survived by his children, Kayla Koury... View Obituary & Service Information

The family of Kenneth Koury created this Life Tributes page to make it easy to share your memories.

Send flowers to the Koury family.