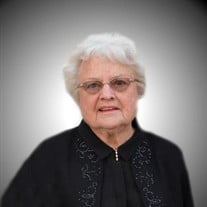 WORCESTER - Marilyn J. (Lindberg) Bresnahan-Dunn passed away peacefully the morning of June 10, 2021, at her home in Hampton Suites at Southgate in Shrewsbury with family present. She was born in Worcester, on March 30, 1932, the daughter of Roland and Anne (Hultman) Lindberg. She was preceded in death by her husband Michael C. Bresnahan of Westborough and her second and third husbands Paul J. Wolfe and Jay Dunn, as well as her son Donald S. Bresnahan. She had no siblings. She is survived by her children David M. Bresnahan (Rona L. Oldham Bresnahan) (Tooele, Utah), Dianne L. Davis (Charles D. Davis, deceased) (Milford, Mass.), and Daniel J. Bresnahan (Elaine C. Kuhnel Bresnahan, deceased) (Sutton, Mass.), eight grandchildren, and 6 great-grandchildren. At the time of her death, she was receiving hospice care from JHC Hospice, for which the family is very grateful for their caring and loving services. She worked for many years at the Westborough Savings Bank, and then worked as a secretary for the Methodist Church of Westborough. Marilyn was a great blessing in the life of her family and many others all her life. She was compassionate and giving of her time to neighbors, friends, and family who were ill or in need of assistance. She was a great example of true Christ-like love. She grew up in Worcester and Shrewsbury and graduated from Shrewsbury High School. She was a member of the Congregational Churches of Westborough and recently of Shrewsbury. She lived in Westborough with her family for 25 years, and in recent years lived at Southgate Independent Living and for the past few months in the assisted living portion of that retirement center, for which the family expresses extreme gratitude. She enjoyed life to the fullest and wasn't afraid to try new things, such as flying a plane and learning to play golf. She enjoyed travel to many states, and a number of countries from Japan to Ireland, including Sweden where she was able to visit the towns where her ancestors lived. According to her wishes, there will be no calling hours or viewing. A graveside service will be held at 10 am on Saturday, June 19, at Mountain View Cemetery, 22 Boylston St, Shrewsbury. Her cousin, the Rev. George Vogel will be officiating. Funeral arrangements are under the care and direction of the Miles Funeral Home, Holden. Flowers may be sent to Miles Funeral Home in Holden. Donations may be made in her memory to the charity of your choice. The family wishes to express sincere thanks to the staff of Hampton Suites at Southgate for their kind, compassionate services. To share a memory or to offer an online condolence, please visit the "Tribute Wall" on this page.

WORCESTER - Marilyn J. (Lindberg) Bresnahan-Dunn passed away peacefully the morning of June 10, 2021, at her home in Hampton Suites at Southgate in Shrewsbury with family present. She was born in Worcester, on March 30, 1932, the daughter of... View Obituary & Service Information

The family of Marilyn J. (Lindberg) Bresnahan-Dunn created this Life Tributes page to make it easy to share your memories.

Send flowers to the Bresnahan-Dunn family.