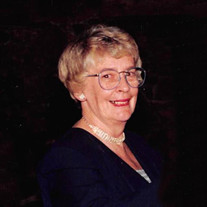 HOLDEN – Mary C. (Docherty) Kumpey, 87, passed away peacefully on Monday, September 14, at Holden Rehabilitation and Skilled Nursing Center. Born and raised in Worcester, she was a daughter of the late James and Emily (Robinson) Docherty. Mary received her bachelor’s degree as well as her master’s degree from Worcester State College. She was particularly interested in Native American History. As a dedicated and beloved elementary-school teacher, she enjoyed a long career in the classroom that began at Flag Street School in Worcester in the 1960s. However, she spent most of her 30-plus years as an educator teaching in Holden at Rice and Jefferson schools. Many of her students noted that “Mrs. K” was their favorite teacher. She was honored as the Grand Marshall of Holden’s Fourth of July Parade, and proudly waved at parade goers from the Little Red Schoolhouse float. In her spare time, Mary loved to play bingo and take a chance on a “scratchy.” Beach vacations at Cape Cod were a favorite of hers. An avid sports fan, she also enjoyed cheering on all the New England teams, and racked up quite a few trophies of her own bowling and golfing. Mary was also a fierce advocate for her oldest son, who was born with autism. Her devotion to his care and support defined her. She was adored by her grandsons, who loved visiting Grandma K’s, where she happily allowed them to indulge in all the sweets they wanted and mess up her house. And Grandma K always brought the biggest Easter baskets and sacks of presents for Christmas and birthdays. Mary will be lovingly missed and remembered by her two sons, James Kumpey and his wife, Tammy Griffin-Kumpey of Rutland, and Rodney Kumpey, Jr. of Worcester and her three grandchildren, Cameron, Casey and Joseph. She will also be missed by her six nieces and many grandnieces and grandnephews, who affectionately called her “Aunt Ri.” In addition to her parents, she was predeceased by her sisters, Helen Docherty and Kay Foley. Relatives and friends are invited to visit with the family from 10:30 to 11:30 on Monday, September 21 in the Miles Funeral Home, 1158 Main Street, Holden, followed by a funeral service at 11:30 a.m. Appropriate Covid-19 protocol will be observed including the use of face masks and social distancing. Mary will be laid to rest at St. John’s Cemetery, 260 Cambridge Street, Worcester following the service. In lieu of flowers, donations in her name may be made to the Seven Hills Foundation, 81 Hope Avenue, Worcester, 01603 or to the Special Olympics, Attn: Web Gifts, 1133 19th Street, NW, 12th Floor, Washington, DC, 20036-3604. To share a memory or offer a condolence please visit "The Tribute Wall."

HOLDEN &#8211; Mary C. (Docherty) Kumpey, 87, passed away peacefully on Monday, September 14, at Holden Rehabilitation and Skilled Nursing Center. Born and raised in Worcester, she was a daughter of the late James and Emily (Robinson) Docherty. Mary... View Obituary & Service Information

The family of Mary C. (Docherty) Kumpey created this Life Tributes page to make it easy to share your memories.

Send flowers to the Kumpey family.