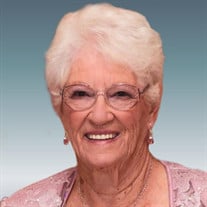 BROOKFIELD – Norma C. (Keith) Wiggin, 89, passed away peacefully at her daughter’s home in Hull on Thursday, October 28, 2021. Norma was born in Worcester, the daughter of Willard and Edith (Howe) Keith of West Boylston. Norma graduated from Major Edwards High School in West Boylston and Green Mountain College in Poultney, VT. She married her beloved husband of 25 years, the late Nathan Wiggin of Rockland, ME, in 1955. The couple lived in West Boylston, Southbridge, and lastly on Stiles Reservoir in Spencer and had owned and operated the Donut Chateau in West Boylston and Southbridge. Nathan passed away in 1980 and Norma continued working at the business for several years. Norma also worked as a Home Care Attendant for Nurse’s House Call in the Worcester area and was named Employee of the Year. She later reconnected with her high school classmate, Bob Parkin, and they lived together in Brookfield until his passing in 2011. Norma is survived by her daughters, Deborah Wiggin and her husband, Paul Beresis, of Hull and Diane Wiggin of Naples, FL; four grandchildren, Sarah Wiggin of Tampa, FL, Adam Eldean and his partner, Yaritza Velez, of Baltimore, MD, Aaron DeFeo and his girlfriend, Ashley Durham, of Pompano Beach, FL, and Nora Eldean of Sandy, UT; her honorary granddaughter, Layla Eldean; her great grandchildren, Gavin and Garrett DeFeo; her nephew and nieces, Randy Keith and his wife, Patty, Linda Blake and her husband, Ned, and Lisa Hartman and her husband, Rick; her sister-in-law, Evelyn Keith; and the daughter of her longtime companion, Bob Parkin, Karan Parkin and her wife, Marianne Winters. Norma was predeceased by her brother, Robert Keith, of West Boylston’s Pinecroft Dairy. Relatives and friends are invited to attend a calling hour from 11 a.m. to 12 p.m. followed by a funeral service at 12 p.m. on Friday, November 5, 2021 at Miles Funeral Home, 1158 Main St., Holden. Burial will be private. In lieu of flowers, donations may be made to Wachusett Greenways, P.O. Box 121, Holden, MA 01520. To find a live streaming link for the service and to share a memory or offer a condolence visit www.milesfuneralhome.com To request live streaming link for the service email [email protected]

The family of Norma C. (Keith) Wiggin created this Life Tributes page to make it easy to share your memories.