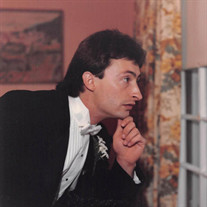 HOLDEN – Patrick T. Morrison, 60, passed away peacefully at home, surrounded by his loving family on Thursday, August 27, 2020 after a brief illness. He was born and raised in Worcester, the son of Edward W. and Louise M. (Pouppeville) Morrison and had lived most of his life in Worcester before moving to Holden in 1998. He leaves his loving wife of 32 years, Cheryl (Sanders) Morrison; his beloved daughter, Meghan Morrison of Jefferson; his parents-in-law, Eleanor and William Chipps and James and Barbara Sanders; his brothers-in-law, Richard, Michael and James III Sanders; his brother, Paul Morrison; his sister, Susan Bonnevie; and several nieces and nephews. Patrick attended Worcester schools where he played baseball and basketball. He graduated from Boys Trade and Central New England College. He also attended Clark University. He began his engineering career at MIT/Lincoln Labs where he focused on research and development of radar systems. He worked several years at WPI managing the ECE lab and enjoyed working with students. It was during this period, that Patrick collaborated on a new project that resulted in a pattern called the Droopy Bowtie Radiator. His career culminated at Raytheon where he enjoyed the unique experiences, traveling the world and working with a group of great professionals. He was a member of All Saints Church, enjoyed golf, skiing, his pool, landscaping and building many things. Patrick greatest joy was his loving family and his home. Relatives and friends are invited to attend calling hours from 5 to 7 p.m. on Monday, August 31st in the Miles Funeral Home, 1158 Main Street, Holden. Funeral services for Patrick will be held on Tuesday, September 1st at 11 a.m. in All Saints Church, 10 Irving Street, Worcester. Burial will be private following the service at All Faiths Cemetery in Worcester. In lieu of flowers, memorial contributions may be made to the Animal Shelter Inc. of Sterling, 17 Laurelwood Road, Sterling, MA 01564 (www.sterlingshelter.org). To share a memory or offer a condolence please visit "The Tribute Wall."

HOLDEN &#8211; Patrick T. Morrison, 60, passed away peacefully at home, surrounded by his loving family on Thursday, August 27, 2020 after a brief illness. He was born and raised in Worcester, the son of Edward W. and Louise M. (Pouppeville)... View Obituary & Service Information

The family of Patrick T. Morrison created this Life Tributes page to make it easy to share your memories.

Send flowers to the Morrison family.