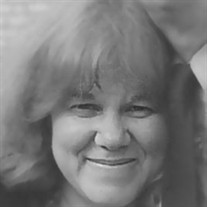 STERLING/SHERBORN – Phyllis M. (Tartaglia) Lillyman, beloved wife of Joseph B. Lillyman, passed away unexpectedly on Wednesday, December 29, 2021 at UMass Memorial – Marlborough Hospital. Phyllis was born June 8th, 1934, in McAfee, New Jersey and raised in Mansfield, Massachusetts, the daughter of the late William and Mary (Cilurso) Tartaglia. She moved to her own Beacon Hill apartment in her twenties and attended Boston’s Butera School of Art. Phyllis also attended Worcester Art Museum School, as well as the Boston Museum School, earning a Bachelor of Fine Arts degree from Tufts University. Her future husband Joseph, of Foxborough, had also moved to Beacon Hill. They would marry in 1959 and begin raising their family in Allston, later moving to Sudbury, Lancaster, Concord, finally settling in Sherborn for 35 years. They had recently relocated to Sterling to be closer to family. In the early 1960s , Phyllis worked as a talented artist for Filenes in Boston. Her fashion drawings would be published regularly in city newspapers. Later in life, she accepted a faculty position at the Gifford School in Weston where she established the art program and graphics dept, overseeing all school publications until retiring 40 years later. Phyllis was an exceptional contemporary artist, continuously creating large (taller than her) canvas paintings consisting of unique shapes, texture and depth. Her works have been shown and acclaimed in Boston and New York. She will be lovingly missed and remembered by her husband of 62 years, Joseph; her son, Christian Lillyman and his wife Cathryn of Sterling; her daughter Johannah Carr and her husband William of Pawtucket, RI; a brother, Benjamin Tartaglia and his wife Lillian of Shrewsbury; two grandchildren, Christian Jr. and Nicole Lillyman; as well as many nieces and nephews and her devoted feline companions, Lizzie, Willy and Evelith. A Celebration of Life will be held at a later date. In lieu of flowers, memorial donations may be made to the Gifford School, 117 Boston Post Road, Weston, MA 02493. Arrangements are under the care of Miles Funeral Home, 1158 Main Street, Holden. To share a memory or offer a condolence please visit "The Tribute Wall."

The family of Phyllis M. (Tartaglia) Lillyman created this Life Tributes page to make it easy to share your memories.

Send flowers to the Lillyman family.