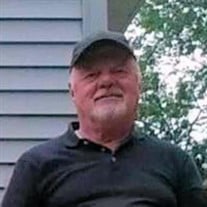 WORCESTER – Ralph W. Chase, age 84, passed away peacefully at home in Worcester on Monday, November 23, 2020 after a brief illness. Born in Worcester, the son of Howard B. and Ina E. (Altonen) Chase, Ralph spent his early years in the Greendale section of Worcester, graduating from North High School. When his parents passed away at a young age, Ralph’s aunt and uncle, Hazel and Ted Murphy, became instrumental in his life and made sure he stayed on the straight and narrow. He started his career in banking, eventually becoming a Branch Manager for many years at People’s Bank, Worcester. Following his passion for literature, Ralph went on to work for 25 more years at Worcester Public Library. He was a former member of the Retired Men's Club of Greendale and a Friend Level member of The Hanover Theatre. Ralph will be missed dearly by his two brothers; Richard P. Chase of Spencer and Raymond F. Chase of Plainfield, NJ; many nieces and nephews; and many close friends. He was predeceased by a brother, Robert A. Chase, at a very young age. He loved live theatre, and would take the train to Boston and New York City on many occasions. On an ideal day, classical music would be playing throughout Ralph’s home with the aroma of a gourmet cooked meal and a nice glass of wine waiting for him nearby. Until his last breath, Ralph embodied the definition of Sisu, “the extraordinary and indomitable Finnish spirit to never quit and go beyond all limitations especially in the face of extreme adversity.” The family would like to thank everyone at JHC Hospice for their care and compassion. Ralph’s burial will be held privately at Hope Cemetery in Worcester at the convenience of the family. In lieu of flowers, memorial donations in his name may be made to Worcester Public Library Foundation, 3 Salem Sq., Worcester, MA 01608. Funeral arrangements are under the care of Miles Funeral Home, Greater Worcester Funeral Care. To share a memory or offer a condolence please visit "The Tribute Wall."

WORCESTER &#8211; Ralph W. Chase, age 84, passed away peacefully at home in Worcester on Monday, November 23, 2020 after a brief illness. Born in Worcester, the son of Howard B. and Ina E. (Altonen) Chase, Ralph spent his early years in the... View Obituary & Service Information

The family of Ralph W. Chase created this Life Tributes page to make it easy to share your memories.

Send flowers to the Chase family.