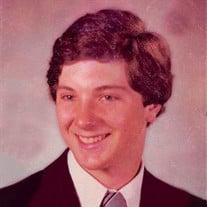 HOLDEN – Richard P. Astukewicz, Jr., 57, passed away unexpectedly at home in Holden on Friday, June 18, 2021. Born in Worcester, Richie was the son of Richard P. and Carole (Pisegna) Astukewicz and lived briefly in the Vernon Hill section before moving to Holden in 1969. Richie graduated from Wachusett Regional High School in 1981 and later attended Quinsigamond Community College in Worcester. He worked as a branch manager at the former Greendale Shawmut Bank, a broker for Chase-Colburn Foods and was a general manager of the Namco Store in Millbury. Richie was also an independent reflexologist and worked recently as a sales associate at the Dollar Tree Store in Worcester. As a young man, Richie enjoyed participating in Holden youth sports including little league baseball and basketball. In his spare time Richie enjoyed yoga, meditation, exercising, working in the yard and following the New England Patriots. He enjoyed listening to a variety of music including classic rock. He is survived by his father, Richard P. Astukewicz, Sr. of Holden; a brother, John S. Astukewicz of Holden; two aunts and an uncle, Yvonne Thurston and her husband, Jeffrey of Dracut, Ruth Hart of Worcester and Francis Pisegna of Worcester; and several cousins. He is predeceased by his mother, Carole. Relatives and friends are invited to visit with Richie’s family from 5 to 8 pm on Thursday, June 24, at Miles Funeral Home, 1158 Main St., Holden. A Mass of Christian burial will be celebrated at 10 am on Friday, June 25, at St. George Church, 38 Brattle St., Worcester. Burial will follow at St. John’s Cemetery in Worcester. In lieu of flowers, memorial contributions may be made to St. Jude Children's Research Hospital, 501 St. Jude Place. Memphis, TN 38105. To share a memory or offer condolence please visit the "Tribute Wall" on this page.

The family of Richard P. Astukewicz Jr. created this Life Tributes page to make it easy to share your memories.

Send flowers to the Astukewicz family.