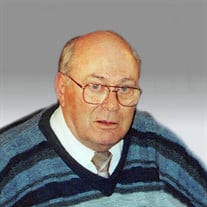 HUBBARDSTON/BARRE– Richard Gordon Benedict, age 89, passed away peacefully on Friday, July 23 at the Gardner Rehabilitation & Nursing Center. Born in Worcester, the son of Earl and Stella (Cardinal) Benedict. Dick grew up in Northborough where he graduated from high school, and went on to serve his country honorably as a United States Marine for 19 years. He worked for 28 years in telecommunications, eventually becoming a supervisor at what is now Verizon. He lived for many years in Paxton, Barre, and most recently, Hubbardston. Dick was a simple man. He enjoyed his cats and the family trips to Ogunquit, ME. He was an active member of the Barre Legion Post 2 and Marine Core League in Worcester. He will be lovingly missed by his wife, Cynthia A. (Reardon) Benedict; two sons, Richard E. Benedict and his wife, Jane of FL, Brian V. Benedict of Fitzwilliam, NH; her daughter, Annemarie Taylor and her husband, Scott of Troy, NH; his stepchildren, Dean W. Frye and his wife, Julie of Oxford and Diane E. Burlingame of Leominster. He is predeceased by his daughter, Lynne A. Quebec; his sister, Betty Sweet; and step-daughter, Dale A. Frye. A graveside service with military honors will be held at 11:00 am on Friday, July 30 at Mooreland Cemetery, 261 Richards Ave., Paxton. In lieu of flowers, memorial donations may be made to Neady Cats, P.O. Box 213, West Boylston, MA 01583. Funeral arrangements are under the care of Miles Funeral Home, 1158 Main St., Holden.

The family of Richard Gordon Benedict created this Life Tributes page to make it easy to share your memories.

Send flowers to the Benedict family.