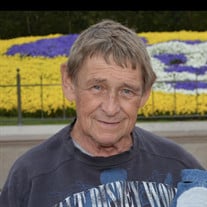 WORCESTER – Richard J. Mulhern, Sr., 76, died peacefully on Friday, January 7, 2022, at UMass Memorial Hospital – University Campus in Worcester after a long battle with cancer. Dick was the son of late Thomas P. and Jeannette (Phaneuf) Mulhern and was born and lived in Worcester all of his life. He will be lovingly remembered and missed by his wife of 55 years, Susan Mulhern; two sons, Richard J. Mulhern, Jr. and his significant other, Carol Smith and Mark P. Mulhern and his significant other, Sandy Lavallee, both of Worcester; a brother, Thomas P. Mulhern, Jr. of Worcester; four grandchildren, Nicole Maile and her husband, Travis and their children, JP and Ember of Worcester, Lindsay Stecyk and her husband, Chris and their children, Keira and Cooper of Pennsylvania, Samantha Wyrwa and her wife, Rachel and their daughter, Charlotte of Westford, and Molly Mulhern and her significant other, Giovanni Matias and their daughter, Elliana of Worcester; nephews and nieces. In addition to his parents, Dick was predeceased by his brother, James R. Mulhern. Dick was a graduate of St. Stephen’s High School and earned his bachelor’s degree in education from Worcester State College. He later received a master’s degree in education from the University of Massachusetts – Amherst, and a Certificate of Advance Graduate Study from the College of the Holy Cross. He met the love of his life, Susan A. Desourdi, at Point Rock Beach in Millbury. They married a year later on April 16, 1966, at St. Stephen’s Church in Worcester and raised their family in the city he loved. Dick loved being a teacher and taught mathematics and computer sciences for 39 years in Worcester, retiring in 2006. He briefly taught at Burncoat Junior High before spending the majority of his career at South High School. He was a member of both the Massachusetts and National Teachers Associations. In his spare time, you could find Dick meticulously attending to his and his family's lawns or working on one of his numerous well-planned projects. The addition of grandchildren provided eager workers to assist him in mowing the lawn, spreading mulch, trimming shrubs, and planting and maintaining flowers. Dick used his mechanical skills to take an engine apart and put it together again. Not only did he enjoy changing oil and fixing the brakes on his own vehicles, he assisted relatives and friends whenever possible. As with most household projects, he taught his sons the ins and outs of working on cars, but rarely allowed them to put the tools back…only Dick knew how and where to return the tools. Family was paramount to Dick. He was a devoted husband, father, grandfather, and great grandfather and cherished the time spent with family, including numerous annual trips to Disney World and Hampton Beach. Dick always enjoyed his time caring for his grandchildren particularly during school vacations and summer breaks, and in recent years continued that living legacy with his wife caring for their great-grandchildren. This act of love was adoringly coined “Pappy’s Day Care.” Relatives and friends are invited to visit with the family from 5-8 p.m. on Monday, January 10, in the Miles Funeral Home, 1158 Main St., Holden and again at 9 a.m. on Tuesday, January 11, before leaving in procession for a Mass of Christian Burial at 10:30 a.m. in St. George Church, 38 Brattle St., Worcester. Burial will follow at a later date in Worcester County Memorial Park, 217 Richards Ave., Paxton. Donations in lieu of flowers may be made to the American Cancer Society, 3 Speen Street, Framingham, MA 01701. To share a memory or offer a condolence, please visit the "Tribute Wall" on this page.

The family of Richard John Mulhern, Sr. created this Life Tributes page to make it easy to share your memories.