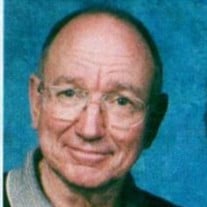 Funeral Service will be held at Bethlehem Bible Church on Saturday, September 25th at noon. You may also watch remotely via this livestream link: https://youtu.be/tmIjtvzFMSc BARRE- The Reverend Robert "Bob" D. Bowman, 81, died peacefully on Wednesday, September 1, 2021, at St. Vincent Hospital, Worcester. Bob was born in Los Angeles the son of Walter E. and Margareth Bowman. He was raised in Southern California and graduated from Redlands High School with the class of 1958. Bob went on to graduate from Cal Poly Pomona with a Bachelor's Degree in Chemistry and minored in Biology. He married the love of his life, Judith Hosclaw, while living in Yucaipa, California on August 20, 1960. The couple had three sons; Jeff Chris and Todd. Bob taught Science at Yucaipa High School for many years and worked with the youth at First Baptist Church in Yucaipa. After a time, he resigned from his position at the High School to work full time as the Youth Pastor at First Baptist Church. In 1978 he moved his family to Michigan to become Director of Evangelism Corps (a Ministry of the Baptist General Conference). This position moved them every year and led them to Massachusetts. After completing his duties with Evangelism Corps, Bob became Senior Pastor of Bethlehem Baptist Church and led them through their initial growth years. After approximately 10 years at BBC, Bob, Judy, and Todd worked as missionaries with New Tribes Mission (Ethnos 360) in Bolivia. In recent years Bob has continued to serve BBC and hold a Bible Study on Sunday afternoons known as "Hardwick Theological Seminary". Bob and Judy touched many lives over the years and many will be rejoicing in Heaven because of God's faithfulness in their lives. Bob's favorite section of Scripture was Romans, Chapters 6,7, and 8, and he was rehearsing these passages that speak of the eternal security of the believer in the Lord Jesus Christ; even on his death bed. Bob was confident in his faith, but even more confident in the saving power of Jesus. He will be greatly missed and remembered lovingly. Bob is survived by his beloved wife of 61 years, Judith E. (Holsclaw) Bowman; his sons, Chris Bowman and his wife, Janet of Rutland, Jeff Bowman and his wife, Terri of Lake Stevens, WA and Todd Bowman and his wife, Misty of Ozark, AL; his sister, Jeannie Brandt and her husband, James of Oak Glenn, CA; his grandchildren, Jordan and his wife, Kathryn, Andrew and his wife, Carrie, Taylor, Lyndsey, Katherine, Jenna and Harley; and his great-grandchildren, Logan and Emery. Bob was predeceased by his brother, Larry Bowman, and his great-grandson, Noah. Relatives and friends are invited to attend a funeral service honoring and celebrating Bob's life at 12 noon on Saturday, September 25th at Bethlehem Bible Church, 307 Lancaster Street, West Boylston. Burial will be private. In lieu of flowers, donations may be made to Ethnos 360 (New Tribes Mission), 312 W 1st Street, Sanford, FL 3271.

The family of Rev. Robert D. Bowman created this Life Tributes page to make it easy to share your memories.

Funeral Service will be held at Bethlehem Bible Church on Saturday,...

Send flowers to the Bowman family.