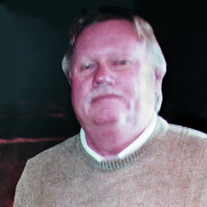 Holden – Robert F. Fitzsimmons, 68, died peacefully with his loving family at his side, on Saturday, April 9, 2022 at UMass Memorial Healthcare Center-University Campus, Worcester. He was born in Worcester, the son of Edward and Thelma (Whalen) Fitzsimmons and graduated from Leicester High School. Robert had a life-long passion for automobiles which he turned into a career. He began his career as Service Manager at Midas Muffler and went on to work for Edward Buick and later at Ron Bouchard Dealership in Lunenburg. In 1982 he married Linda T. (Deprey) and settled in Holden where they raised their family and shared 40 wonderful years together. For the last 22 years Robert and Linda enjoyed relaxing at Lake Winnipesaukee with their family of friends. They also enjoyed yearly trips to Newport, RI and Salem, MA. He was an avid golfer, however, spending time with his family was Robert’s true happiness. Robert was always there to answer any questions about cars and trucks to help the family and friends to make the right decisions that are best for them and their family. The family greatly appreciates his devotion in caring for his father-law and mother-law in their final years of their life. Robert will be lovingly missed and remembered by the love of his life, Linda T. (Deprey) Fitzsimmons; his sons, Robert Fitzsimmons, Jr. and his wife, Ashley of West Brookfield, Michael Fitzsimmons and his wife, Amy of Gardner and Steven Fitzsimmons and his wife, Jessica of Taunton; his daughter, Shelley Haschke and her husband, John of Round Rock, TX; his grandchildren, Mackenzie, Payton, Allison, Reagan, Connor, Riley, Ethan, and Ryan; his step-daughter, Christina McCarthy; his step-grandchildren, Kyle, Kaitlyn and Karrisa; his sisters-in-law, Sandra Ballard and Christine Sullivan; his nieces, Rebecca Ballard and Michelle Ballard and her husband, Toby Ward. Robert was predeceased by his brothers, Walter Fitzsimmons and Brian Fitzsimmons; and his sister, Carol Farmer. Relatives and friends are invited to attend calling hours from 11 a.m. to 1 p.m., followed by a funeral service at 1 p.m. on Tuesday, April 19, 2022 at Miles Funeral Home, 1158 Main St., Holden. Burial will follow at Worcester County Memorial Park, 217 Richard’s Ave., Paxton.

Holden &#8211; Robert F. Fitzsimmons, 68, died peacefully with his loving family at his side, on Saturday, April 9, 2022 at UMass Memorial Healthcare Center-University Campus, Worcester. He was born in Worcester, the son of Edward and Thelma... View Obituary & Service Information

The family of Robert Fitzsimmons created this Life Tributes page to make it easy to share your memories.

Send flowers to the Fitzsimmons family.