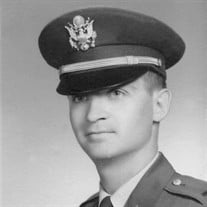 HOLDEN - Russell W. Edmands, 77 of Holden, passed away Friday, June 11, 2021. He leaves his wife of 54 years, Ann L. (Soderlund) Edmands, two sons, Mark R. Edmands and his wife Aileen of Tennessee and Lee G. Edmands of Leominster; one daughter Lynn Marchand and her husband Robert of Worcester; his sister Patricia Hanlon of Mendon, MA. Russell was born on June 2, 1944, in Framingham, MA, the son of William and Anna Edmands. He also leaves his grandchildren, Tyler, Sophia and Lillian Edmands of TN, Wyatt and Garrett Marchand of Worcester, and many cousins, nieces and nephews. Mr. Edmands attended Sacred Heart Parochial School and graduated from Milford High School attaining high honors at both schools. Russ attended Boston College in 1961-62, graduated from Worcester Polytechnic Institute in 1966 with a bachelor's degree in Chemical Engineering, and graduated from Rensselaer Polytechnic Institute with a Master's Degree in Management, attaining summa cum laude at all schools. During his senior year at Milford High School, he participated in the annual oratorical contest and came in second among five finalists. For two years while at Worcester Tech he taught advanced karate to adults in Framingham, MA. After college, Russ spent two years as an officer in the U. S. Army in the Management Science and Data-Systems Division of the U. S. Test and Evaluation Command at Aberdeen Proving Ground, MD. While at Aberdeen Proving Ground Russ graduated first in his class of 47 officers in the Advanced Officer Training Course. While at Aberdeen, on his own time, Russ flew fixed-wing and rotary wing aircraft while obtaining a private pilot’s license and flight instructor certificate. He flew the length of the east coast of the U.S. from Alabama to Massachusetts. Later, at Allentown, PA he obtained his commercial license and instrument flight rating and took multi-engine instruction. After the service, Russ joined Air Products & Chemicals, Inc. in Allentown, PA. He worked in the Design and Engineering Department as a Project Manager, designing and building chemical plants in the U. S., South America, Asia, and Canada. He rose to the level of Senior Project Manager, supervising the efforts of 40-45 managers and engineers at the youngest age in Air Products history. Russ and his family returned to Massachusetts in 1983 and settled in Holden. He worked at Koch Process Systems in Westborough, MA as a Project and Construction Manager building Cryogenic Industrial plants. In the mid-1980's he started and operated his own housing construction company, ”RUSAN Associates”; together with his wife, Ann, building upscale homes in the Wachusett area until 1991. At that time he started and operated, together with Ann, "The Express Line", a deli and convenience store until retiring in 2012 after almost 20 years. In his leisure time, Russ enjoyed sailing his 16' Hobie Cat catamaran on Cape Cod, primarily in Pleasant Bay, Harwich/Chatham and Chatham Harbor, but also in Nantucket Sound. Being a two-man boat, Russ used all his powers of persuasion with friends and family to round up a crew on a regular basis. Russ enjoyed time with his grandchildren, reading, flying, sailing, traveling the world. After retiring he prepared his -memoirs primarily to pass on his story to his descendants. Family and friends are invited to attend calling hours on Thursday, June 17th from 6 to 8 pm at the Miles Funeral Home, 1158 Main St, Holden. To share a memory or to offer an online condolence, please visit the "Tribute Wall" on this page.

The family of Russell W. Edmands created this Life Tributes page to make it easy to share your memories.

Send flowers to the Edmands family.