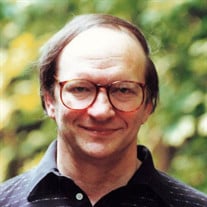 Samuel Shulman, 85, of Rutland, passed away Sunday, February 28, 2021, at the Life Care Center of Auburn. He was the son of the late Saul and Freda (Gangursky) Shulman and was predeceased by his brothers, Louis and Irving. He is survived by his wife of 37 years, Iris Ann (Manning) and their son Adam Shulman, daughters, Lynne Johnson and Tora Johnson, two grandchildren, many nieces, nephews, and extended family. He graduated from Classical High School, Worcester, the Massachusetts College of Pharmacy, Boston and earned a Master’s Degree in Education from Boston University. He served in the Massachusetts Air National Guard and on active duty with the US Air Force during the 1961 Berlin Crisis. Sam was a true renaissance man. He had a 50-year career as a registered pharmacist in area pharmacies including at Worcester City Hospital and Fallon Clinic in Auburn. At the age of 55 he realized a lifelong dream when he graduated from Western New England University School of Law and became an attorney and he was a retired member of the Massachusetts Bar Association. His interests also included music of nearly every genre and he was a gifted professional musician who played double bass, violin, guitar and piano. As a young man, he performed with jazz groups and dance bands in Boston and Worcester. For many years he was a member of the Worcester Symphony Orchestra, the Thayer Conservatory Orchestra and the Central Massachusetts Symphony. A treasured memory of his career as a musician was being principal bass for a performance by Luciano Pavarotti in Worcester. It was Sam’s wish that there be no funeral services. A celebration of his life will be held at a later date. A donation in his memory may be made to The International Fellowship of Christians and Jews at www.ifcj.org. Arrangements are under the care of Miles Funeral Home of Holden. To share a memory or to offer an online condolence, please visit the "Tribute Wall" on this page.

Samuel Shulman, 85, of Rutland, passed away Sunday, February 28, 2021, at the Life Care Center of Auburn. He was the son of the late Saul and Freda (Gangursky) Shulman and was predeceased by his brothers, Louis and Irving. He is survived by... View Obituary & Service Information

The family of Samuel Shulman created this Life Tributes page to make it easy to share your memories.

Send flowers to the Shulman family.