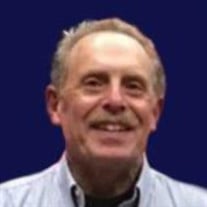 WEST BOYLSTON - Sidney G. Freedman, 71, of West Boylston, MA, passed away on Monday, June 1, 2021 at the Rose Monahan Hospice Home, after a brief battle with glioblastoma. Sid was born on January 5, 1950 to Aaron and Dorothy (Shack) Freedman in Worcester, MA. After graduating from Doherty Memorial High School in 1968, he took business courses at Suffolk University and went on to earn an Associate’s Degree in business at Worcester Junior College . After graduation, he started working at the family business, Olympic Sporting Goods and Trophy, in 1972. After a few years, he took over the company and pioneered new ways to create graphics that were not adopted by most of the trophy business until many years later. Sid met Lisa, and they wed in 1998. He leaves his 4 children; Dov Freedman, Worcester, Dalilah Gilmartin and husband Brad, Worcester, Dahci Croci and husband Jason, Holden, Desi Freedman, Worcester; his brother David and his wife Susan Peirce, Clemson, SC; his niece Hannah and nephew Micah; and his 8 grandchildren, Cara, Michael, Dylan, Annabelle, Nera, Tova, Kieran, and Quinnlyn. The Freedman family is well known for their passion for sports. Sid was a member of the Worcester Athletic Club where he, taking after his father Aaron “Archie” Freedman, played handball for many years and then moved on to racket ball. Later in life Sid became an avid golfer, to the delight of all his friends. Sid and his wife Lisa enjoyed many weekends and vacations playing with all of them. Sid developed many friendships through his business. He worked with the Worcester schools, colleges, and many others to deliver specialty products for all types of awards. Olympic Trophy will continue to provide outstanding products to the community in his name. Sid’s family and close friends will gather for a Funeral Service at 11:00am on Wednesday, June 2nd, 2021 at Miles Funeral Home, 1158 Main Street, Holden. Burial will follow at B’nai Brith Cemetery, 55 St. John’s Road, Worcester. In lieu of flowers, please make donations to the Boys and Girls Club of Worcester, 65 Boys & Girls Club Way, Worcester, MA 01610.

The family of Sidney G. Freedman created this Life Tributes page to make it easy to share your memories.

Send flowers to the Freedman family.