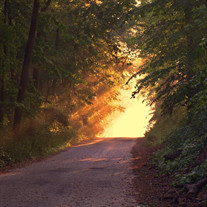 Holden - Stephen Barlow Jareckie, 92, left his friends and family when he died on Saturday, September 25, 2021. His career began in the 1950s at Munson-William-Proctor Institute in Utica, NY. After completing his graduate work at Syracuse University, he became Registrar at the Worcester Art Museum and soon was appointed Associate Curator of Photography. "Ideas and Images" an exhibit of photography by significant photographers launched his tasks of showing photos, writing, lecturing, and leading museum tours. As the bicentennial year approached, the Worcester Art Museum planned to honor our country's art and values in several exhibits. Stephen Jareckie created two shows: "The Early Republic" and "American Photography". Stephen retired from the Worcester Art Museum as a full-time Curator in 1991. Immediately he became part-time Consulting Curator of Photography at the Fitchburg Art Museum. One of several shows of value was "Ansel Adams in the East: Cruising the Inland Waterway", curated by Stephen Jareckie. He continued to do cataloging, research, and work on shows at Fitchburg until he became ill. Stephen Jareckie was born in Orange, NJ to his parents, Eugene Albert Jareckie and Doris Condit (Brittin) Jareckie, residents of Madison, NJ. Older than he was his sister, the late Doris Olga Jareckie Honig, and his late brother, David Spellman Jareckie. A graduate of Madison High School he is a member of the class of 1951 of Lehigh University. He served in the U.S. Army during the Korean era. A man of faith, Stephen loved the United States of America. He is survived by his wife, Gretchen Kinman Fillmore Jareckie, whom he married in 1959; his nephews, David Stephen Jareckie and Daniel Martin Honig; and his nieces, Ellen Caraway Jareckie, Ann Brittin Jareckie, Wren Barlow Jareckie Sugarman, and Kaete Brittin Shaw. Relatives and friends are invited to attend a funeral service honoring and celebrating Stephen's life at 11 a.m. on Tuesday, October 5, 2021, at First Congregational Church of Holden, 1180 Main St., Holden. Stephen will be laid to rest privately at the Massachusetts National Cemetery, Bourne, MA. Funeral arrangements are under the care of Miles Funeral Home, 1158 Main St., Holden. To share a memory or offer a condolence visit the "Tribute Wall" on this page.

Holden - Stephen Barlow Jareckie, 92, left his friends and family when he died on Saturday, September 25, 2021. His career began in the 1950s at Munson-William-Proctor Institute in Utica, NY. After completing his graduate work at Syracuse... View Obituary & Service Information

The family of Stephen Barlow Jareckie created this Life Tributes page to make it easy to share your memories.

Send flowers to the Jareckie family.