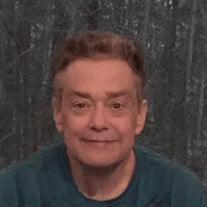 Please follow the link to watch a live recording of today's service. https://client.tribucast.com/tcid/53881641 LANCASTER – Thomas R. McDowell, Jr., 59, beloved husband of Shari (Wilson) McDowell, passed away at home on Monday, November 30, 2020. Born in Leominster, he was the son of Patricia (Croteau) McDowell and the late Thomas R. McDowell, Sr. Tom was a graduate of Nashoba Regional High School and went on to further his education, earning a Bachelor’s Degree in Criminal Justice from Kaplan University, a degree he was so proud to have attained. Every now and again, someone special comes along and Tom was that special person. For Tom, it was always about the children. He served as a CASA (Court Appointed Special Advocate) Volunteer and gave his heart and soul to the children in his care. Tom was President of the Athol-Maher Pop Warner Football & Cheerleading League for several years and a true crusader for the kids. He made sure that every child who wanted to participate had an opportunity to join the league. He became a father figure to many who affectionately called him “Big Daddy”. Tom was a Quality Control Technician for Cumberland Farms Culinary Center for several years. In his spare time he could often be found playing a game of cribbage, hanging out with his “buddies” or simply cruising around on a Sunday afternoon. Tom was a friend of Bill W. As a man of great strength and an inspiration to many, he was a power of example on his 32 year journey of sobriety. He will be lovingly missed and remembered by his high school sweetheart and wife of 8 years, Shari McDowell of Lancaster; his two sons, Jeremy McDowell of Leominster and Jordon McDowell and his companion, Jessica Lloyd of Leominster; his mother, Patricia McDowell of Lancaster; his step-children, Christopher Peters and his companion, Janice Rios of Fitchburg, John Albert of Leominster, Heather Goodwin and her husband, Marcus of Cherry Valley, Jessica Peters of Lancaster, Amy Lovern and her companion, Alexis Rodriguez of Athol and Nick Lovern of Athol; his two brothers, Scott McDowell of Gardner and Rodney McDowell and his companion, Rita Benoit of Leominster; his seven grandchildren, Linaya, Ethan, Gabriella, Ava, Bradley, Jacob, and Marius, and one on the way this spring, Lillyana; and several aunts, uncles, cousins, friends and several close in-laws. In addition to his father, he was predeceased by his granddaughter, Marianna and sister-in-law, Tonya Hamel. Relatives and friends are invited to gather with the family on Sunday, December 6 from 1 to 3 p.m. in the Miles-Sterling Funeral and Tribute Center, 100 Worcester Road, Sterling. Appropriate Covid-19 protocol will be observed including the use of face masks and social distancing. A service honoring his life will be held at 11 a.m. on Monday, December 7 in the funeral home. In lieu of flowers, donations may be made to the Spaulding Rehabilitation Network, Development Office, 1575 Cambridge Street, Cambridge, MA 02138 or to Easterseals Massachusetts, Attn: Online Giving Coordinator, 484 Main Street, Worcester, MA 01608. www.milesfuneralhome.com

The family of Thomas R. McDowell Jr. created this Life Tributes page to make it easy to share your memories.

Please follow the link to watch a live recording of today&#39;s service.
https://client.tribucast.com/tcid/53881641

Send flowers to the McDowell family.