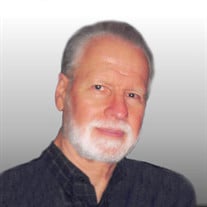 HOLDEN / UPTON – William Read Lasher, Jr., 79, died peacefully at home on Saturday, December 4, 2021. He was born in the Bronx, NY, the son of William R. and Tess Lasher and had lived in Holden for 38 years. William proudly served in the United States Navy Seabees as a Lieutenant during the Vietnam War. He also served in the U.S. Navy Reserve as a Lieutenant Commander for ten years. William married his one true love, Donna J. (Roe) on September 15, 1978. The couple lived in Holden for 38 years and also had a home at The Villages, Florida for the last 8 years. More recently they also resided in Upton. William studied at Columbia University where he earned a Bachelor’s Degree in Engineering and a Master’s Degree in Business Administration. He went on to earn a PhD in Economics from Southern Methodist University and a Law Degree from New England School of Law. William was a CPA and worked in Corporate Finance for twenty years. He also served as a Professor at Nichols College for 26 years and had a private law practice, specializing in divorce mediation for several years. He was an avid scholar and had a passion for fitness and weightlifting. William is survived by his beloved wife of 43 years, Donna J. (Roe) Lasher; his daughter, Amanda N. Ross and her husband, Patrick of Hopkinton; his step-son, Brad A. Cornwall and his wife, Lisa of Norwell; and his grandchildren, Jacob B. Cornwall, Declan, Griffin, Keegan and Madigan Ross. Relatives and friends are invited to attend a Memorial Service at 10 a.m. on Tuesday, December 14, 2021 at St. Francis Episcopal Church, 70 Highland Street, Holden. Burial will be private. In lieu of flowers donations may be sent to Veteran’s Inc., 69 Grove St., Worcester, MA 01605. Funeral arrangements are under the care of Miles Funeral Home, 1158 Main St., Holden. To share a memory or offer a condolence please visit "The Tribute Wall."

HOLDEN / UPTON &#8211; William Read Lasher, Jr., 79, died peacefully at home on Saturday, December 4, 2021. He was born in the Bronx, NY, the son of William R. and Tess Lasher and had lived in Holden for 38 years. William proudly served in... View Obituary & Service Information

The family of William Read Lasher, Jr. created this Life Tributes page to make it easy to share your memories.